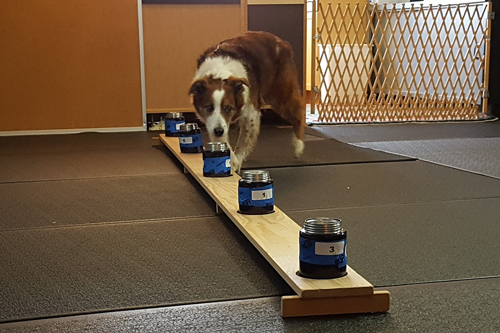 Dog trainer Lisa Holt, with a team of volunteers, recently completed a pilot study designed to determine whether dogs can be trained to detect Parkinson's Disease and in doing so contribute to early detection of a debilitating and costly disease. The answer seems to be a firm “yes”.

What started as a grass roots effort in Friday Harbor and a first-of-its-kind test anywhere in the world has provided preliminary evidence that dogs can indeed be trained to detect a Parkinson's Disease scent. On the strength of positive results in the pilot study, Holt is now seeking funding from various organizations, including the Michael J. Fox Foundation, an organization devoted to Parkinson's Disease, for support of a second phase that she hopes will confirm the findings of the pilot study.

Using methods common in training dogs to detect narcotics, explosives, invasive and non-invasive species, and cancer, this pilot study involved six dogs and their trainers. Of the six dogs, five performed at an 80% or higher level of correct response to a sample of Parkinson's Disease and three of the dogs gave a 90% or higher level of correct response. The presence of L-Dopa (a standard Parkinson's medication) appeared not to affect the dogs' response level.

Holt says, “There is no better detection tool than a dog. By putting the dogs' amazing olfactory systems to work we not only support efforts to uncover markers for Parkinson's but we also supply information to researchers, and this work may even lead researchers to look in new directions.”

According to the Parkinson's Disease Foundation, as many as one million Americans live with Parkinson's disease; approximately 60,000 Americans are diagnosed with Parkinson's each year. The combined direct and indirect cost of Parkinson's, including treatment, social security payments, and lost income from inability to work, is estimated to be nearly $25 billion per year in the United States alone. Through early detection of the disease, symptoms could be treated before they become life changing and life threatening.

Nancy Jones, project co-chair whose husband David is a Parkinson's patient says, “If somehow a dog can make a diagnosis early, it would save people a lot of agony.” 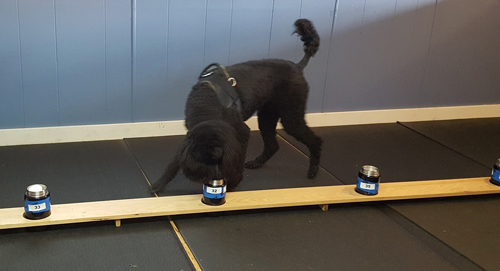 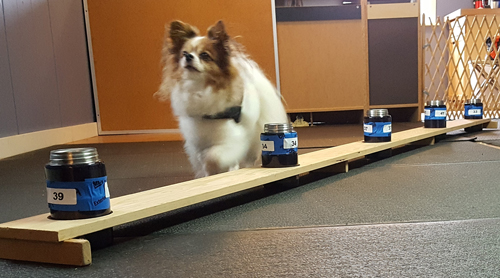