San Juan County Public Hospital District #1 thanks the public for their trust in funding the expansion of long-term care on San Juan Island. The passage of the hospital district’s lid lift opens funding to acquire the Village at the Harbor, expand it to provide 20 - 30 Medicaid beds, invest in staff and facilities, and build home care programs. The public also voted to keep San Juan Island EMS under the hospital district. 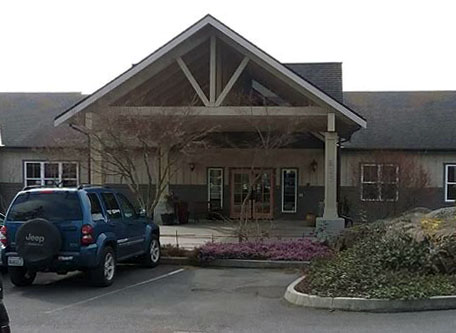 “It’s intimidating, to be frank,” added Superintendent Nathan Butler. “The Board will need to make some decisions about how to move forward after the election results, especially regarding EMS. Meanwhile, I’ve had a front row seat to the substantial need for long-term care services, and I’m glad we will have the resources to invest in better outcomes for the public.”

“We started getting calls asking for help almost as soon as the ink was dry on our announcement with the hospital district,” said Village at the Harbor Administrator Evan Perrollaz. “Actually, I’ve had to deal with so many desperate situations since Life Care closed, it’s a relief to have solutions on the table.”

Commissioner Gail Leschine-Seitz pitched in: “A couple of us sat down last May, and we just started brainstorming – what can we do to solve this problem? We thought, ‘well, we could subsidize some Medicaid beds at the Village,’” she said. “The problem was that it becomes a quagmire when you add funding to a for-profit business.”

Things picked up pace from then. The citizen group tasked with determining what should be done after the closure of the Life Care center in 2017 had proposed a central entity to provide an expanded range of services. Since then, that recommendation had just been sitting untouched.

“We thought the Village at the Harbor would be a perfect fit to serve as a sort of nexus for these services, and they proved receptive,” said Leschine-Seitz. “It would mean a significant change for them though: providing Medicaid beds, serving as an educational center, providing home care – it would be a different type of entity.”

It would be far more than facility care. “Adding a home care and aging in place component was really key, and one of the things that excited people the most,” said Commissioner Trish Lehman, who was just elected for another six-year term as a commissioner. “Nobody plans to end up in a facility, most want to age in their homes.”

“It’s the most excited I’ve been since taking office as a commissioner,” said Board Chair Anna Lisa Lindstrum. “I’m especially excited to take better care of long-term care employees, giving them benefits for the first time and creating a more stable workforce. I’m so excited for our community! The whole plan excites me.”

San Juan County Public Hospital District No. 1 will be closing its deal with the Village at the Harbor on February 28, 2022. It currently operates San Juan Island EMS and pays a large subsidy to support PeaceHealth Peace Island Medical Center.