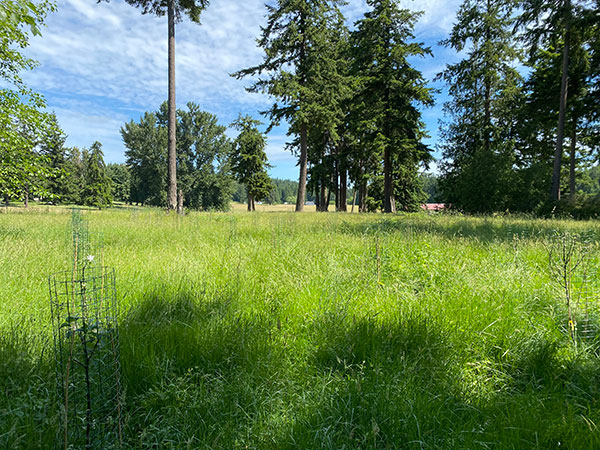 Washington News Service: A 99-year lease of farmland on Whidbey Island is part of a move to help historically underserved communities in Washington state toward food independence.

Adasha Turner founded of Modest Family Solutions as a way to grown her own food after medical complications during pregnancy prompted her to change her diet. Turner then decided to purchase a farm in 2019 and teach kids how to grow their own vegetables and fruits.

"The kids were coming over. We were seeding," Turner recounted. "We started producing about an acre every 90 days, which was about 1,400 heads of lettuce a week, way more lettuce than I can convince six- and seven-year-olds to eat."

Turner thought the farm might slow down because of COVID-19, but parents were looking for ways to get their children outdoors.

She explained the culturally relevant food they produce largely is gifted and sold to Black, Indigenous and other communities of color, and pointed out as of December, the organization has distributed more than 100,000 pounds of food.

Then, the community received the opportunity to farm 10 acres as part of the Agrarian Trust for the next century.

On Monday, Turner and her team introduced the Black Seed AgroEcology Farms and Village on Whidbey Island. She emphasized it is important to have a piece of land to let her group "plant roots."

"We're the first to have a 99-year inheritable, transferable lease to where we can continue to provide culturally relevant food on a consistent basis for the Pacific Northwest," Turner stated.

Turner added the partnership will help establish economic stability and dignity for the BIPOC food-supply chain.

Addie Candib, Pacific Northwest regional director for the American Farmland Trust and a board member of Puget Sound Agrarian Commons, said the U.S. is losing farmland, which means what remains is becoming more expensive. The Agrarian Commons hopes to reverse the trend.

"It's a creative way to look at, how do we hold land and protect it in perpetuity?" Candib stressed. "How do we ensure that farmers have long-term, secure and affordable access to that land in order to grow food, for themselves and for their communities?"