The third section of the new Head Start building for Friday Harbor children arrived on the 10:30 a.m. ferry on October 6. The fourth and final piece will be transported from the Anacortes ferry terminal to San Juan Island on Thursday, October 7. 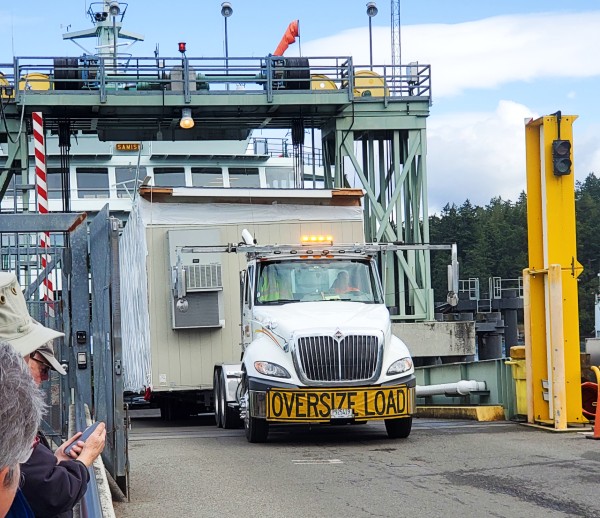 Over-sized load disembarks from the ferry. 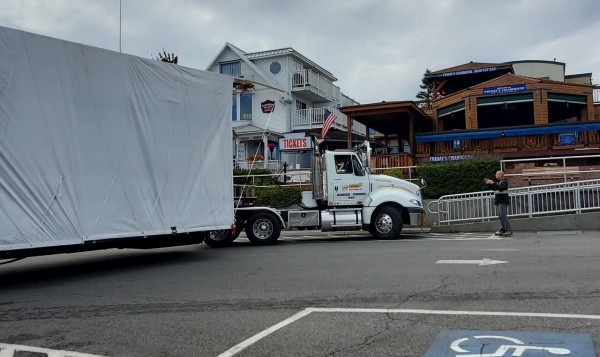 The ferry fare for the last two sections cost $2,300 according to the truck driver. Bystanders were impressed as they saw him skillfully execute the turn in front of the Salty Dog cafe and at Memorial Park.

Once at the site at Friday Harbor Elementary School on Grover Street, he backed the trailer holding the third section to a position inches from the two sections already there. 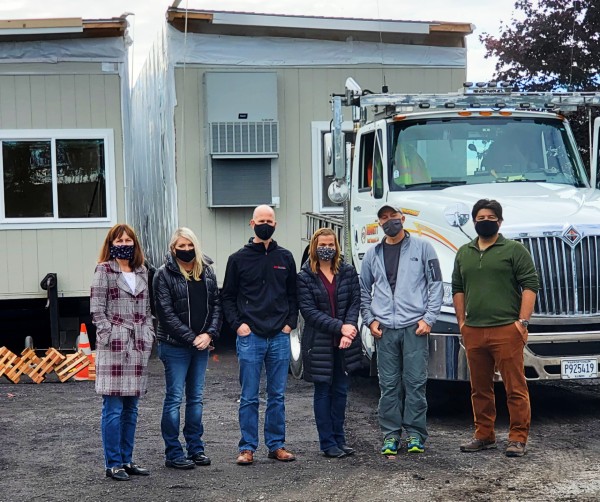 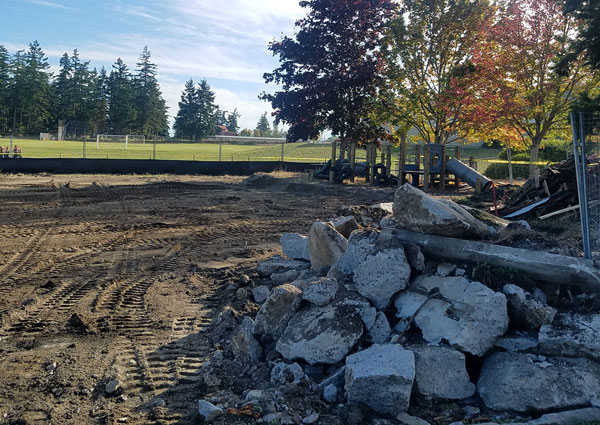 The prepared site at FHES 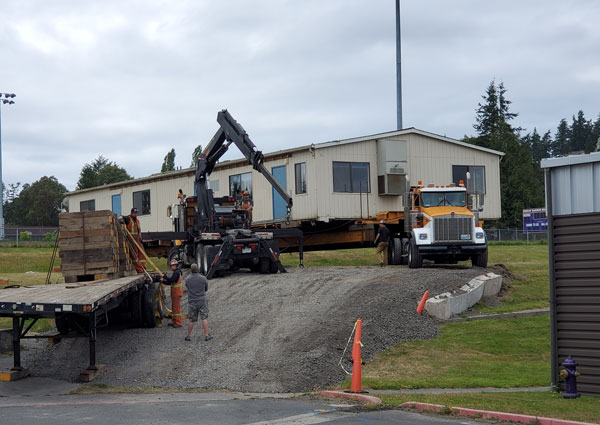 Former Head Start building at its new location at FHHS

The old Head Start building was relocated from Friday Harbor Elementary School to Friday Harbor High School last year. The building, placed between Turnbull Gym and the S.T.E.M building, has been renovated.