The “junior olympics of marine science” in the Northwest

On March 26, 2022, 12 teams from across Washington state met in the University of Washington Fisheries Sciences Building to compete in the twenty-fifth rendition of the beloved Orca Bowl competition. These students brought a wealth of marine knowledge in the hopes of making it to the National Ocean Sciences Bowl (NOSB) finals, which will be held virtually this year from May 6 to 15. 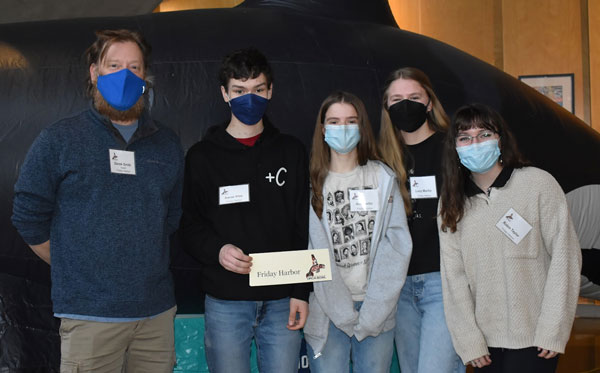 The students from Tesla STEM High School in Redmond took home the first place title. Newport High School’s A team went home with the second, and Friday Harbor High school left with the third. The team from Garfield High School received the Megan Vogel Sportsmanship Award in recognition of their outstanding attitudes toward their fellow competitors. 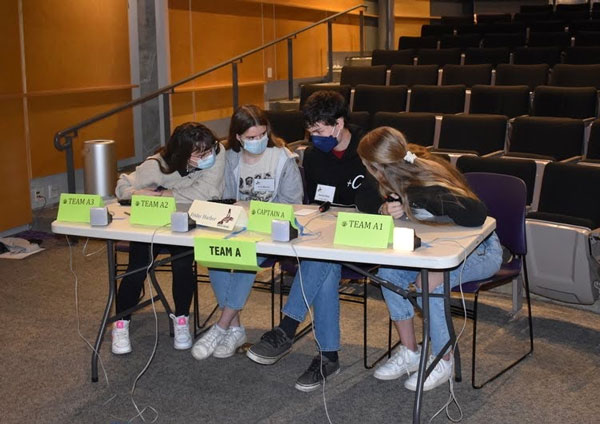 The excitement was palpable as the students returned to the competition in-person for the first time since the pandemic, with many donning marine-themed costumes. Volunteers even joined teams for a silly costume contest. It was clear that the students and volunteers involved in the Orca Bowl are deeply passionate about the future of the oceans and marine life. This passion shows that these future stewards have what it takes to help solve and mitigate threats such as climate change, ocean acidification, habitat degradation, fishing pressures, and more.

Orca Bowl was organized by Washington Sea Grant, a program within the UW College of the Environment.

Thank you to our local sponsors who made Orca Bowl possible: