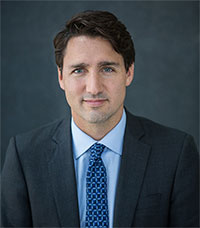 The expansion of the Trans Mountain pipeline has been approved by Canada. Prime Minister Justin Trudeau announced the approval Tuesday, June 18, 2019. He said that the revenues the federal government earns from the project will fund a "transition to a green economy". The video of his remarks is posted at the bottom of this page.

"It is in Canada's national interest to protect our environment and invest in tomorrow, while making sure people can feed their families today," he said. Read the full story on BBC.com

In response to the Canadian federal cabinet approval of the Trans Mountain pipeline expansion, Greenpeace Canada climate and energy campaigner Mike Hudema said: “For the Trudeau government to approve this pipeline after declaring a climate emergency makes about as much sense as pouring gasoline on a burning fire. The climate crisis demands an all-hands-on-deck response to meet the demands of science and justice, not another multi-billion dollar subsidy to the oil industry to make the problem worse."

More in this category: « NOAA declares a UME for gray whale strandings; how you can help San Juan Islands Public Lands – Volunteers “Give Back” »