OLYMPIA–Efforts to restore Chinook salmon, a critical food source for endangered southern resident orcas, and other Puget Sound salmon populations just got a boost thanks to more than $45 million in grants announced July 8, 2019. 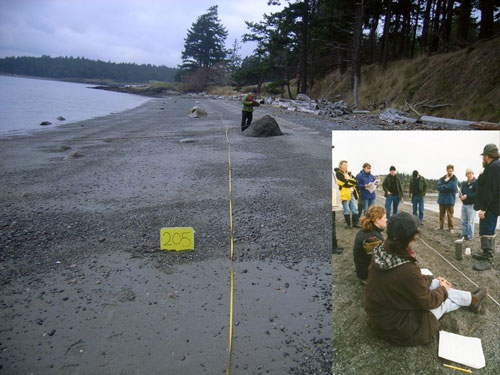 “When we invest in salmon recovery, it’s not just salmon that we’re saving,” said Governor Jay Inslee. “Whether you live near, love to play in, or simply care about Puget Sound, this funding is a cornerstone of doing that—and investing in that habitat kick starts a suite of other benefits. We’re also preserving our Pacific Northwest legacy, our way of life, our jobs, our neighborhoods, and our communities.”

“We know that restoring salmon to levels that support our environment, other wildlife, and people, takes time, effort, and of course, sustained funding,” said Kaleen Cottingham, director of the Washington State Recreation and Conservation Office, which houses the Salmon Recovery Funding Board. “That’s what makes this continued investment so important, and we’re looking forward to seeing it play out in the shovel-ready projects teed up across Puget Sound.”

“The Puget Sound Partnership is committed to recovering salmon populations in this region and we are thrilled to see this funding come through,” said Laura Blackmore Puget Sound Partnership’s executive director. “Salmon are integral to the identity and traditions of the Pacific Northwest and are a vital part of the Puget Sound food web. This funding will support projects that help recover salmon populations and feed our struggling southern resident orcas.”

In San Juan County, The Friends of the San Juans will receive three grants totalling $333,253 for three projects. They are:

$199,884 Protecting Herring Spawning Habitat The Friends of the San Juans will use this grant to move and renovate mooring buoys near three herring spawning areas and develop voluntary anchor-out zones. The friends group also will reach out to landowners to participate in a buoy upgrade program and enhance about 15-20 buoys. The project focusses on the three remaining active herring spawning grounds in San Juan County: Fishing and Ship Bays on Orcas Island, Mud and Hunter Bays on Lopez Island, and Blind Bay on Shaw Island. Herring are one of two important fish species that salmon eat. The area is used by Chinook salmon, which is listed as threatened with extinction under the federal Endangered Species Act, and by coho salmon, which is a federal species of concern. The Friends of the San Juans will contribute $35,274 in another grant. Visit RCO’s online Project Snapshot for more information and photographs of this project.

$79,943 Planning the Protection of Sand Lance Spawning Habitat The Friends of San Juans will use this grant to identify new sand lance spawning beaches with the goal of improving their protection and restoration. Sand lance are one of the most important sources of food for Chinook salmon. Pacific sand lance spawn on sandy intertidal beaches and are vulnerable to the impacts of shoreline development such as armoring. There are only nine documented spawning beaches in San Juan County and research suggests that local populations of Pacific sand lance are at significantly higher densities than what the nine known spawning beaches could produce. The friends group will use state standard field and sample processing protocols, research results, partnerships, and extensive community participation to conduct three seasons of surveys. Results of these targeted sand lance spawning surveys likely will expand restoration, conservation, and regulatory protection of sand lance spawning habitat. The area is used by Chinook salmon, which is listed as threatened with extinction under the federal Endangered Species Act, and by coho salmon, which is a federal species of concern. The Friends of the San Juans will contribute $14,108 in a private grant and donations of labor. Visit RCO’s online Project Snapshot for more information and photographs of this project.

$53,426 Planning to Remove Shoreline Armoring The Friends of the San Juans will use this grant to plan for the removal of shoreline armoring to increase the quantity and quality of habitat for young Chinook salmon and their prey, thereby increasing food for southern resident killer whales. The friends group will reach out to landowners, assess 10-15 potential sites, complete conceptual designs for 3-5 sites, and advance 1-2 sites through preliminary design. Removing armoring will restore habitat and natural coastal processes. This project will benefit Chinook salmon, which is listed as threatened with extinction under the federal Endangered Species Act, and coho salmon, which is a federal species of concern. The Friends of the San Juans will contribute $30,691 in a private grant. Visit RCO’s online Project Snapshot for more information and photographs of this project.

Grants were awarded in the following counties (click to see project details):

In 1991, the federal government declared the first salmon in the Pacific Northwest endangered under the Endangered Species Act. In the next few years, 14 additional species of salmon and steelhead and 3 species of bull trout were listed as at-risk of extinction.

By the end of the decade, wild salmon had disappeared from about 40 percent of their historic breeding ranges in Washington, Oregon, Idaho and California. In Washington, the numbers had dwindled so much that salmon, steelhead, and bull trout were listed as threatened or endangered in nearly three-fourths of the state.

Recovery efforts in the past 20 years have started to slow, and in some cases, reference the declines. Puget Sound steelhead populations are showing signs of recovery but Chinook salmon populations continue to decline.

Funding comes from the legislatively approved Puget Sound Acquisition and Restoration Fund, supported by the sale of state bonds.

Since its inception in 2007, the Puget Sound Acquisition and Restoration Fund has leveraged $78 million federal and other matching funds and created more than 2,600 jobs. Fund investments have protected more than 3,000 acres of estuary, 80 miles of river for migrating fish and 10,000 acres of watershed habitat.