Friday Harbor played a part in the European Space Agency's  Solar Orbiter Mission. Local manufacturer, Luxel,  has three sets of filters on two different instruments on board the Solar Orbiter that launched Sunday, February 9, 2020 from Cape Canaveral, Florida. According to the  Sci.esa.int website: Solar Orbiter, an ESA-led mission with strong NASA participation, will provide the first views of the Sun's uncharted polar regions, giving unprecedented insight into how our parent star works. 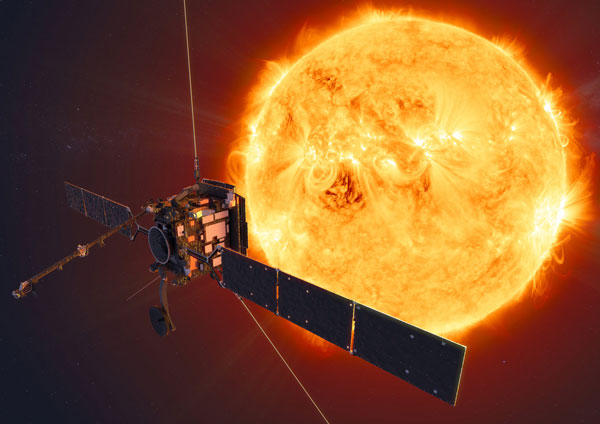 Artist rendition of Solar Orbiter facing the Sun. It will face the Sun from within the orbit of Mercury at its closest approach. 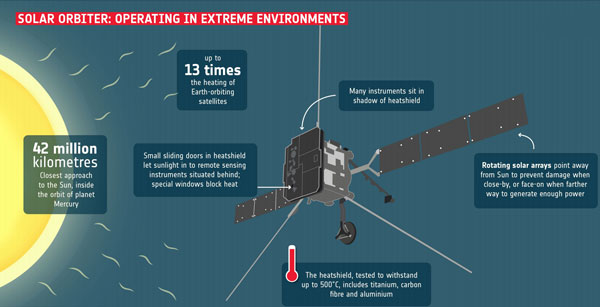 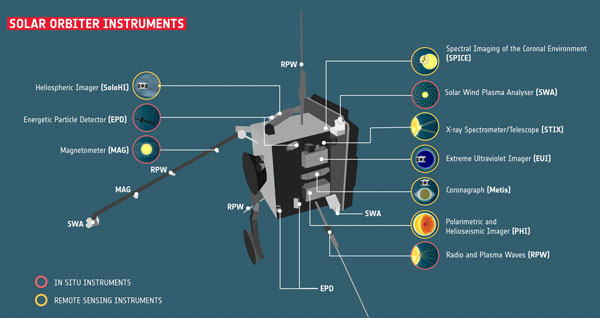 It will also investigate how intense radiation and energetic particles being blasted out from the Sun and carried by the solar wind through the Solar System impact our home planet, to better understand and predict periods of stormy 'space weather'. Solar storms have the potential to knock out power grids, disrupt air traffic and telecommunications, and endanger space-walking astronauts, for example.

Artist's impression of Solar Orbiter. Credit: ESA/ATG medialab "As humans, we have always been familiar with the importance of the Sun to life on Earth, observing it and investigating how it works in detail, but we have also long known it has the potential to disrupt everyday life should we be in the firing line of a powerful solar storm," says Günther Hasinger, ESA Director of Science.

"By the end of our Solar Orbiter mission, we will know more about the hidden force responsible for the Sun's changing behaviour and its influence on our home planet than ever before."

"Solar Orbiter is going to do amazing things. Combined with the other recently launched NASA missions to study the Sun, we are gaining unprecedented new knowledge about our star," said Thomas Zurbuchen, NASA’s associate administrator for Science at the agency’s headquarters in Washington.

"Together with our European partners, we’re entering a new era of heliophysics that will transform the study of the Sun and help make astronauts safer as they travel on Artemis program missions to the Moon."

At its closest, Solar Orbiter will face the Sun from within the orbit of Mercury, approximately 42 million kilometres from the solar surface. Cutting-edge heatshield technology will ensure the spacecraft's scientific instruments are protected as the heatshield will endure temperatures of up to 500°C – up to 13 times the heat experienced by satellites in Earth orbit.

"After some twenty years since inception, six years of construction, and more than a year of testing, together with our industrial partners we have established new high-temperature technologies and completed the challenge of building a spacecraft that is ready to face the Sun and study it up close," adds César García Marirrodriga, ESA's Solar Orbiter project manager.

The entire article can be read online.