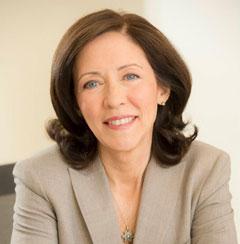 WASHINGTON, D.C. – Today August 4, 2020, landmark bipartisan conservation legislation authored and championed by U.S. Senator Maria Cantwell (D-WA) was signed into law. The Great American Outdoors Act will fully, permanently fund the Land and Water Conservation Fund (LWCF) and invest billions of dollars to address the maintenance backlog on public lands throughout Washington state and around the country. The Senate passed the legislation, which Cantwell helped introduce, on June 17 by a vote of 73-25, and the House of Representatives passed the legislation on July 22 by a vote of 310-107.

“For all of us who’ve fought for years to protect our public lands and invest in our outdoor recreation economy, today is a historic win for America's beloved shared spaces,” Cantwell said. “Future generations hiking in a pristine wilderness or a child playing at a new local playground will not care that White House support for these investments are the result of election-year expediency by the president with the worst environmental record. It is a victory for the vast majority of Americans who do not support this administration’s efforts to try and dig, drill, or log seemingly every last acre of our public lands. This President can try and use this signing ceremony photo-op to obscure his horrific environmental policies, but what matters is that the positive impacts of this legislation will benefit generations of Americans."

The Great American Outdoors Act will permanently fund the LWCF at its full authorization level of $900 million per year – roughly two or three times the amount the fund has historically received. Because the funding comes from offshore oil and gas royalties, it will not cost taxpayers a dime or add to the national deficit.

In addition to fully funding the LWCF, the legislation also invests $9.5 billion in long-overdue maintenance projects on federal public lands throughout the country. The National Park Service will receive $6.65 billion over five years; the U.S. Forest Service will receive $1.425 billion; and the U.S. Fish and Wildlife Service, the Bureau of Land Management, and the Bureau of Indian Education will each receive $475 million. Popular sites in Washington state could receive millions in funding, including Olympic National Park, which has $262 million in deferred maintenance needs, and Mt. Rainier, which needs $186 million in urgent upgrades.

Washington state has a deep connection with the LWCF. Senator “Scoop” Jackson created the LWCF in 1965 to help ensure Americans would continue to have open spaces and outdoor recreation opportunities as the country rapidly urbanized. Since its creation, the LWCF has supported more than 42,000 projects to fulfill that vision in communities throughout the country, including investing more than $725 million in more than 700 projects throughout Washington state. It also helps support the American outdoor recreation economy, which generates $887 billion in consumer spending every year and supports 7.6 million jobs nationwide. In Washington state alone, outdoor recreation creates $26 billion in annual spending, supports over 200,000 jobs, and generates $7.6 billion in wages and salaries.

Senator Cantwell has long fought to protect and strengthen the LWCF. When the fund’s authorization expired in 2015 for the first time in its 50 year history, Cantwell successfully led the fight to reauthorize the fund for three years despite strong opposition from leaders in the House of Representatives. In 2019, Cantwell’s legislation to permanently reauthorize the fund was signed into law as part of her bipartisan public lands package. She has also introduced legislation and led the fight to ensure the LWCF gets the full funding authorized to it.