Dr. Deborah Giles, her research partner and her rescue dog Eba search for whale poop, which can give clues to the health of the whales and save this ancient species. 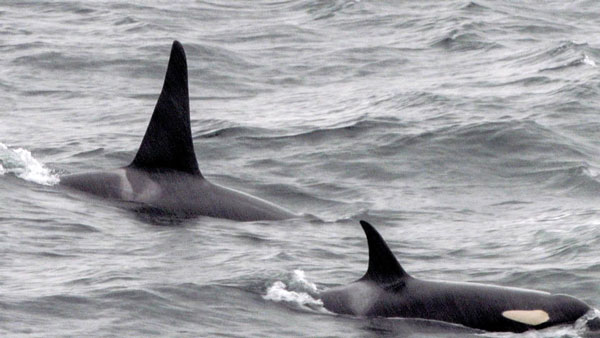 Dr. Deborah Giles sees killer whales as better versions of us. The orca researcher has spent decades learning about the highly endangered southern resident population of whales from San Juan Island in the middle of the Salish Sea.

“We're watching the decline and really the slow extinction of  an ancient species,” Giles said. It’s believed there are only 73 individuals remaining in this fish-eating population.

The whales have been seen less year over year in their core habitat because of the lack of available food, specifically chinook salmon, to sustain them.

Saving the salmon and, therefore, southern resident orcas requires more than one simple solution. Many, many obstacles lie between the orcas and their food source. But Giles is committed to tackling each and every one of them. 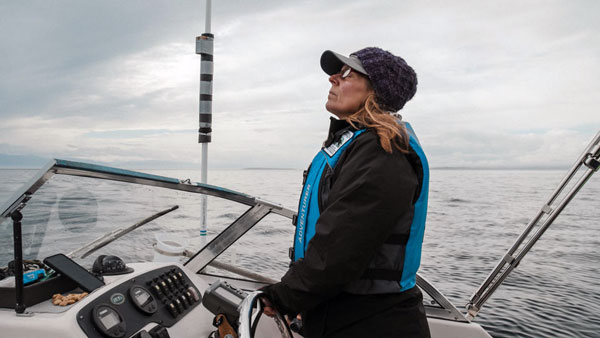 So Giles’ research takes her out to sea to collect clues about their diet — and she finds it in their poop, aided by her whale poop-sniffing rescue dog, Eba.

The fecal samples can give insight into the health of the animals, including their nutrition, stress, hormones, pregnancy and even the toxic chemicals they may have ingested.

“The more I learn about them, the more amazing they are,” Giles said.

The whales have a paralimbic system — the area of the brain associated with memory, emotion and language — that's bigger than that of a human. They also hunt and share food with older members of their pod.

“They are giving us a blueprint for how to be on the planet,” Giles said.

More in this category: « What should you do if you find a fawn? How to be as plastic-free as can be on San Juan Island »