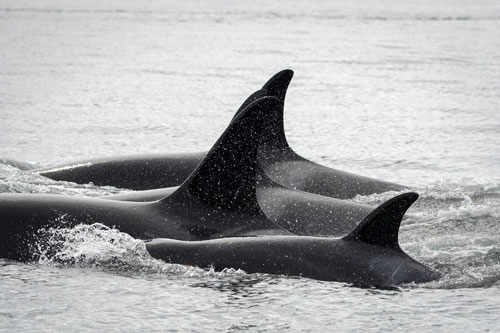 J50 was observed for several hours Saturday by the team of scientists and veterinarians involved in trying to help the three-year-old emaciated whale who is a member of the endangered Southern Resident Killer Whale pods.  Researchers from University of Washington, while trying to collect a fecal sample, observed her swimming with the pod. 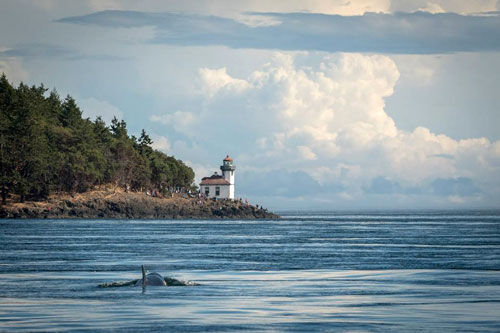 J50 near Lime Kiln Point, San Juan Island, and with other females in her family on Aug. 11, 2018. Photos by Katy Foster/NOAA Fisheries, under permit 18786

Later the response team watched her fall as much as a kilometer behind the rest of the pod while swimming against a strong tidal current. Biologists were concerned that they did not see her eat, even in a prime foraging area off San Juan Island.

A charter company reported seeing her catch a fish earlier in the day, and NOAA is following up to find out more.

The Center for Whale Research confirmed J35 is no longer carrying her dead calf. She appears to be in good condition.