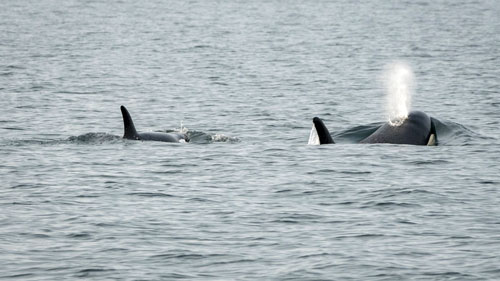 Biologists aboard a SeaDoc Society vessel reported J50 actively socializing with the rest of the pod, a hint that her condition may be improving slightly. She fell behind the pod as the whales swam east, but a University of Washington team saw her rejoin her mother J16 and sister J42 to forage near Hannah Heights on the west side of San Juan Island. 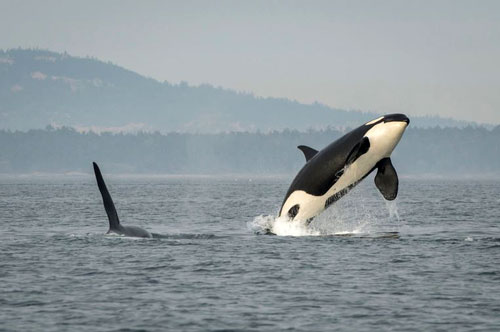 National Oceanic and Atmospheric Administration (NOAA) and Canada's Department of Fisheries and Oceans (DFO) have been working on efforts to improve the emaciated whale's health. She is one of the 75 members of the endangered SRKW population.

The plan going forward is to administer another dose of antibiotic through a dart and, if possible, a second dart with dewormer to reduce parasitic worms, known to be harmful in emaciated marine mammals like J50, and that were found in the recent fecal samples from a group of three whales including J50. 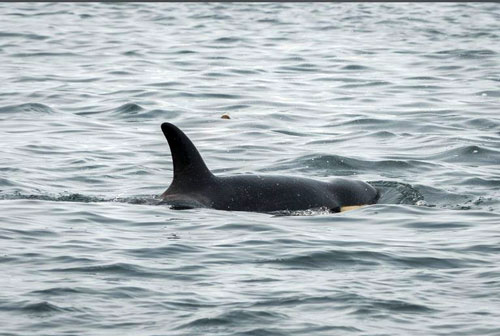 The veterinary team believes another dose of antibiotic remains the priority to treat potential infection since the first dart on August 9, 2018 delivered only half a dose. Darting a swimming killer whale that has thick skin, particularly on fins and flukes, from a rocking boat is challenging.

To ensure that J50 receives the medication, veterinarians may switch to a collared needle with a ridge that holds it in place long enough to deliver the full dose. This type of dart is commonly used to treat wildlife, such as elephants, and will fall out in time.

More in this category: « J50 to be treated for parasite found in fecal sample SRKW advocates to present 250K petition signatures to Gov. Jay Inslee August 28 »