J50’s condition in recent weeks has underscored the urgency of recovering the endangered Southern Resident killer whale population. NOAA Fisheries and  partners have been exploring and taking action to save J50 because of her importance as a contributing member of this population, and particularly to J Pod. 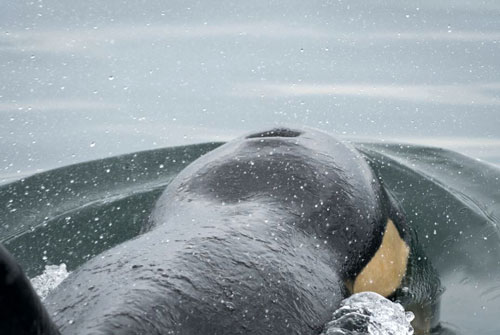 The public has a stake in the J50 response and the recovery of Southern Resident killer whales and NOAA understands many people are concerned. NOAA wants to know what people in the region think about this effort and potential steps so they are holding two public meetings in Washington State to hear the public’s views: 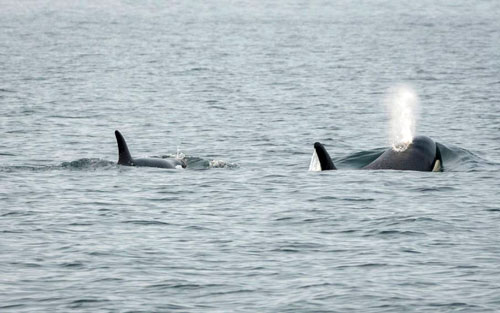 J50’s condition has declined over recent months to the point where she is emaciated and often lagging behind her family. Field treatment has not improved her condition, and veterinarians believe they have exhausted all reasonable remote treatment options and her survival is unlikely.

The next steps could include further intervention, such as a rescue operation and conducting a hands-on physical examination. That could lead to more in-depth diagnoses, rapid treatment, and return to the water or short-term rehabilitation and care to improve her chances of survival, with the ultimate goal of reuniting her with her family.

Two objectives will determine any further intervention to help J50:

Providing appropriate conservation medical actions for J50 to protect her potential contribution to the recovery of the population, and

Avoiding harm to the rest of J Pod and the Southern Resident population of 75 whales.

No rescue would proceed while J50 remains with J Pod and her family group. Response teams would act to rescue J50 only if she becomes stranded or separated from the rest of J Pod such that any risks of the intervention to the rest of J Pod are minimized.

The overriding priority of any rescue intervention would be to evaluate, treat, and rehabilitate J50 in a manner that would support the greatest chance of her survival while ensuring her return and reunification with her family as soon as possible so she can contribute to long-term recovery of the population.

If veterinarians and other experts who assess J50 in the field determine that she cannot be treated or rehabilitated, teams would promptly return her to J Pod to spend the rest of her life with her family.

J50 is a three-year-old female orca, a member of the endangered Southern Resident Killer Whale population. Her condition hasn't improved after two doses of anti-biotics. A fish-feeding trial was also done to see if that might be a means to provide medication in the future.  J50 wasn't observed eating the fish. 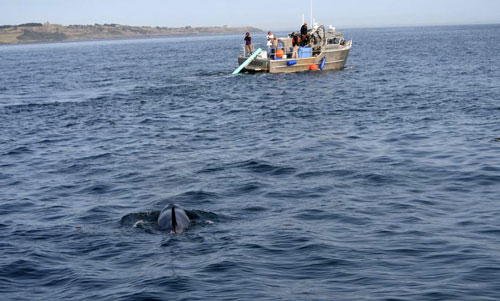 A Lummi Nation vessel releases live salmon ahead of J50 during feeding trial on Aug. 12, 2018. Photo by Candace Emmons/NOAA Fisheries, under permit 18786

For further details of the effort to save J50 and intervention, please visit our J50 webpage on NOAA Fisheries’ West Coast Region website at bit.ly/NOAAJ50J35.

In the meantime, the public can submit questions and comments to NOAA Fisheries by emailing KillerWhale.Help@noaa.gov.