Three members of the Southern Resident Killer Whale population - J17, K25, and L84 - are missing and presumed dead as of July 1, 2019 according to The Center for Whale Research. The SRKW pods - J, K and L -  historically frequent the Salish Sea almost daily in summer months but haven't been seen except for a couple of days.  L pod has not come into the Salish Sea at all so far this summer. 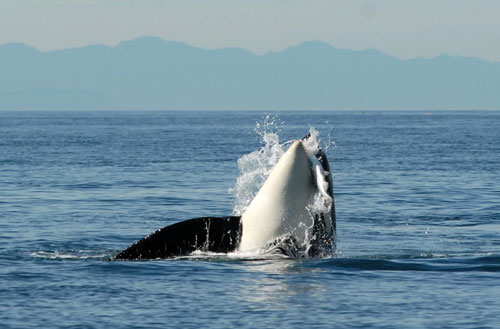 The CRW says their absence is due to the scarcity of suitable Chinook salmon prey. Unlike the transient orca pods that have been seen in the waters around the San Juan Islands, the SRKW don't eat sea lions or seals and instead eat salmon preferably Chinook. 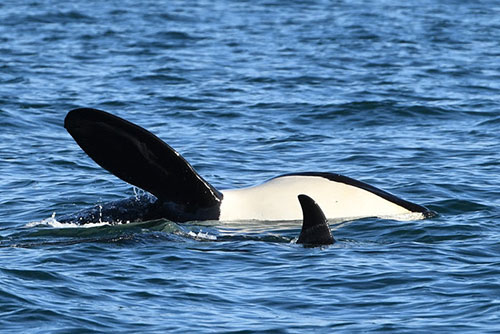 J17 is a 42-year-old J pod matriarch and mother of Tahlequah (J35). J35 garnered world-wide attention when she carried her dead calf for 17 days last year. CWR reported that J17 was not in good body condition last winter, perhaps from stress. She is survived by two daughters and a son, J35, J53, and J44, respectively. 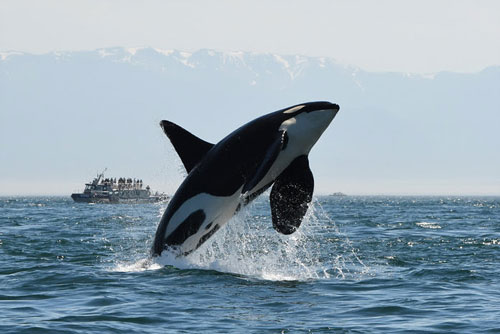 K25 is a 28-year-old adult male in the prime of his life who was not in good body condition last winter. He is survived by two sisters and a brother, K20, K27, and K34, respectively.

L84 is a 29-year-old male who has been missing all summer in encounters with L pod conducted by the Canadian Department of Fisheries and Oceans along the west coast of Vancouver Island. L84 was the last of a matriline of eleven whales, ten of whom died previously.

More in this category: « Necropsy confirms J34 died in 2016 after being hit by a ship Lawsuit calls for ‘Whale Protection Zone’ as more Southern Residents orca die »