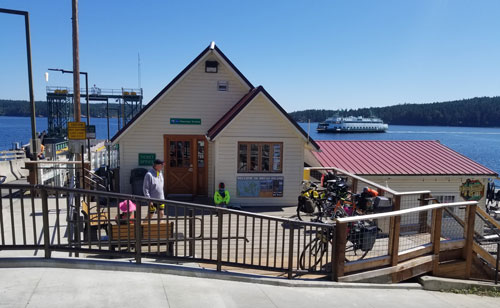 Improved accessibility, warm, dry and comfortable waiting area, easy drop off and pick up spot, and convenient ticketing booth are all part of the improvements to the Orcas Island ferry terminal. A ribbon cutting ceremony was held Tuesday, July 11 with   Amy Scarton, assistant secretary for the Washington State Ferries Division and San Juan County Councilmember Rich Hughes doing the honors. The project was a joint effort by Washington State Ferries and San Juan County. Hughes successfully lobbied the state for funding for a new upper parking lot. The county and WSF negotiated a long term lease for the lot which is on property owned by WSF. 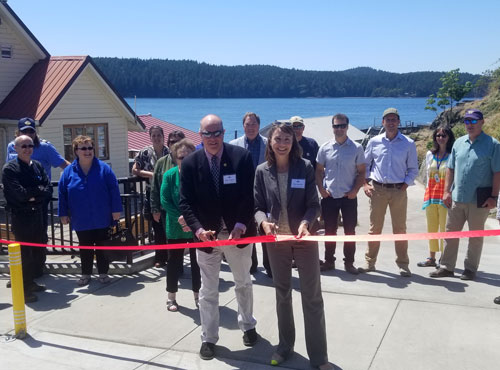 The photos below show the improvements and the captions explain what else is planned for this year and next. 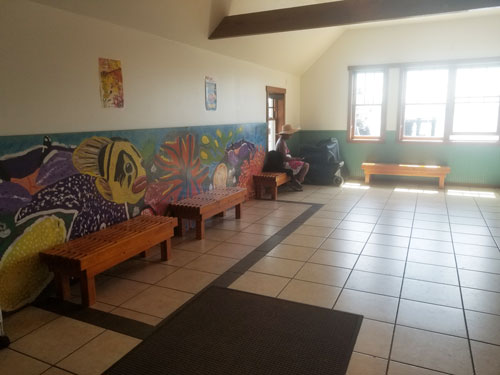 The waiting room has a ticket kiosk,  ticket booth, restrooms, and benches. I even found an easily accessed outlet to charge up my phone. 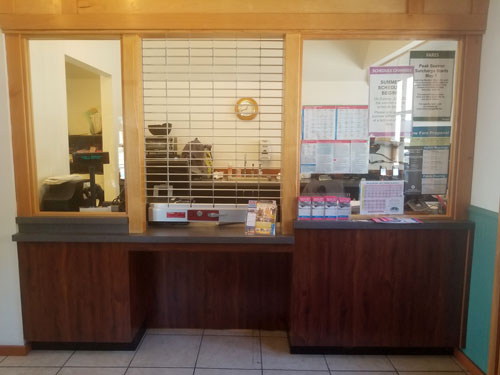 Ticket booth opens to the waiting room and to the outside. 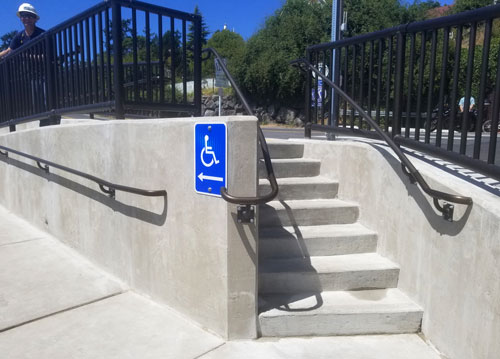 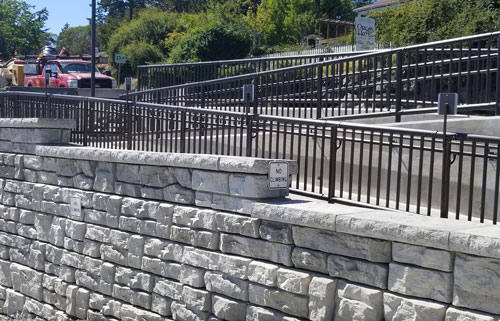 Access from Orcas Road to the terminal is now compliant with the ADA. There is a switchback type ramp and a set of stairs. 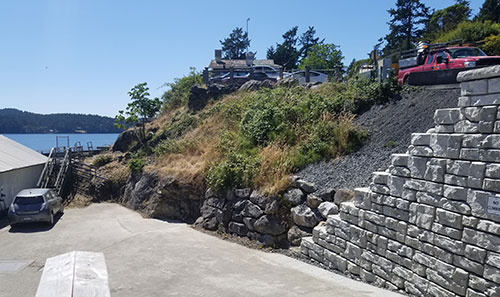 The retaining wall will be completed by the county and a walkway will be constructed to the area where the oil containers used to be located. That area will be turned into a park. It's the flat area by the stairs by the car. This part of the project is expected to be completed in August. 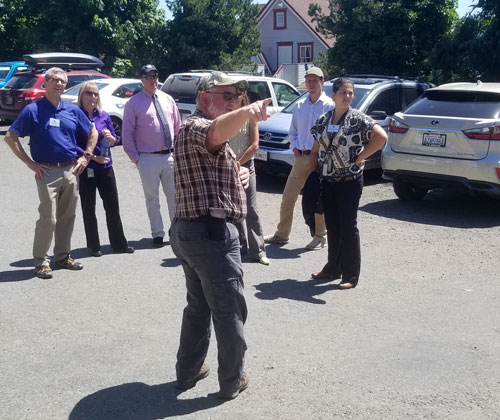 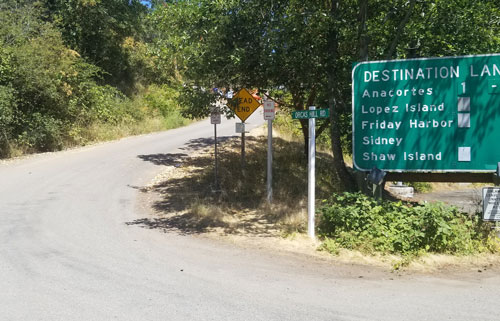 Russ Harvey of Public Works describes the layout of the new road under construction that will replace Oak Hill Road. Currently drivers coming down the road cross traffic headed to the auto toll booth. 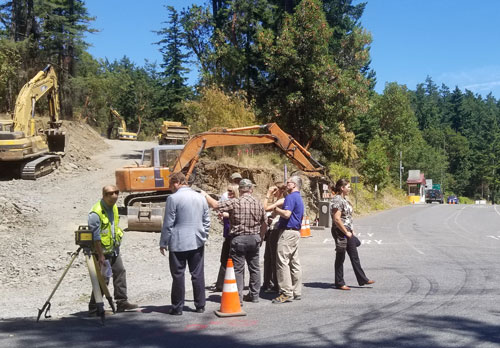 The new Oak Hill Road will start at the turnoff into the ferry lanes and will serve both the homes up the hill and the new parking lot. Construction is underway. The county plans to add a left turn lane on Orcas Road to eliminate traffic problems at the entrance to the ferry lanes. The old road will be closed to traffic but will be used as a walkway. 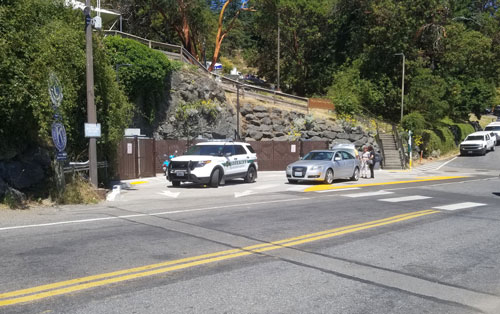 The former restrooms were removed and the area is now set up as a pick up, drop off area. This will be especially handy for those who would find it difficult to walk from the parking lot. They can be let off at the drop off area, and another member of their party can park the car. 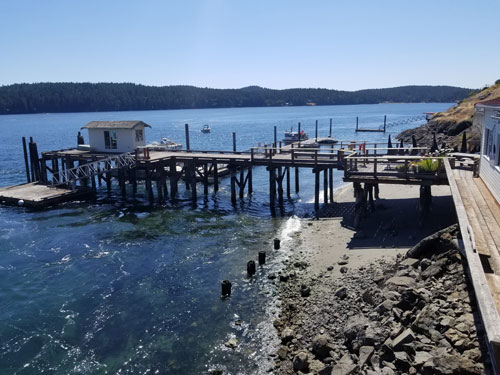 One part of the project that still needs funding is an extension of the dock. The water is shallow at the interior side and the plan is to use that part for kayak launching. The county is seeking grant funds from the state Recreation Commission.