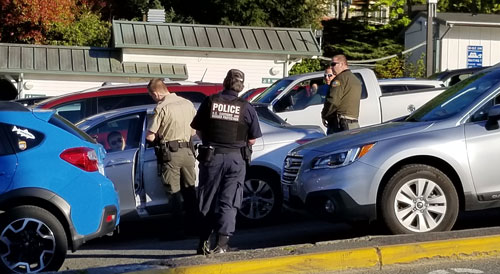 A driver waiting in the ferry lanes at the Friday Harbor terminal ended up with a much longer wait. San Juan County Sheriff's Office was called after people became alarmed with the man's behavior. He was upset after another car's door touched his.

After two deputies and a border patrol officer talked with the man, he calmed down. Just when it looked like things were settled, he got out of his car and confronted a driver in the next lane. At that point, the ferry worker emphatically told him he wasn't getting on the ferry. The deputies and border patrol officer remained on the scene while the rest of the cars loaded.

The ferry left without incident.

The man was directed to park in lane 1 and wait for the next boat.