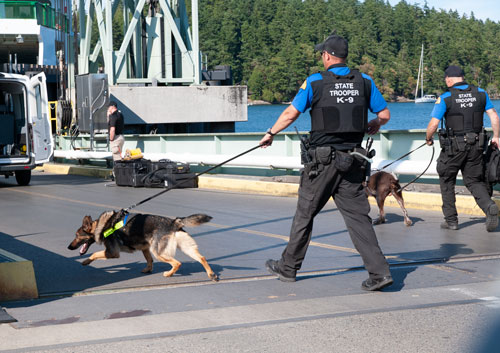 Update 5:30 pm:  Bomb squad and four dogs and bomb tech on scene. The U.S. Coast Guard is patrolling the harbor.

A Washington State Ferries worker called San Juan County Sheriff's Office at  1:32 pm Monday, July 1 about  a bomb threat involving the Elwha ferry.  A sticky note was found on the ferry. The ferry was evacuated at the Friday Harbor terminal and is moored at the dock.

All ferry service to and from San Juan Island has been shut down awaiting the arrival of the Washington State Patrol Bomb Squad. According to Sheriff's staff the bomb squad is expected to arrive about 4 to 4:30 pm.

Updates will be provided when available.