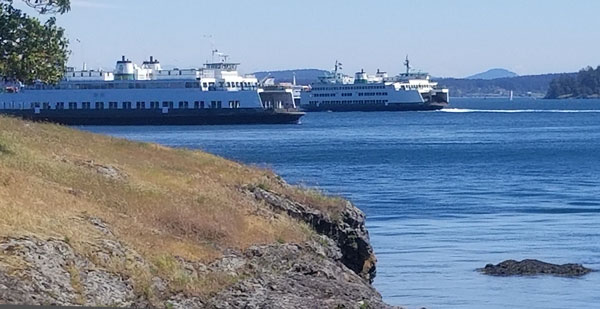 The funding was secured in the Bipartisan Infrastructure Law, which will provide $912 million in formula funding over five years through the FHWA’s Ferry Boat Program, an increase of 128% from amounts authorized in the FAST Act of 2015.

“This $42.4 million from the Infrastructure Law will help Washington state maintain our world-class ferry fleet,” said U.S. Senator Maria Cantwell. “Over 17 million Washingtonians depend on timely and reliable ferry service annually. This funding will ensure that Washington residents and visitors will be able to stay connected to their families, their jobs, and the greater Puget Sound.”

Funding from the FHWA’s Ferry Boat Program can be used for ferry maintenance facilities and capital improvements to existing ferry operations, in order to increase the number of riders, relieve congestion, or address environmental or significant operational concerns. Funding can also be used to purchase buses and shuttles used exclusively to transport passengers to or from a ferry trip.

Of the $42.4 million allocated to Washington state, Washington State Ferries will receive $38.3 million for vessel preservation and terminal improvements. The remaining $4.1 million will be allocated to the agencies listed in the table below. This an increase of over $20 million from what Washington state received in Fiscal Year 2021.

Washington state is home to the largest ferry system in the U.S. Last year, Washington State Ferries transported over 17 million passengers, and for the second time ever carried more vehicles with a driver (8.9 million) than passengers (8.4 million).

The following table reflects the funding amount allocated to each Washington state agency from the FY2022 Ferry Boat Program: