The hull of the $5.4 million dollar Ocean Alexander yacht that burned at a Roche Harbor dock was brought to the surface Friday, July 12. 800 gallons of the 1,500 in the vessel were pumped out on Thursday evening. 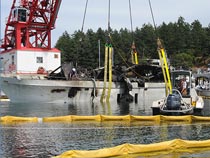 A crane was barged in to Roche Harbor marina. After the insurance inspector arrived, the lifting operation began.

Divers pulled the straps around the bottom of the boat. Workers attached ropes to parts of the boat that were above the surface of the water and maneuvered the boat until it was horizontal to the crane.

The crane lifted the boat until the windows were above the water so pumps could be used to dewater the yacht.

Dozens of spectators watched for the first few hours of the process which began at 1 p.m. Most had left by 5:30 p.m. when water was still being pumped from the boat.

According to the Coast Guard, the plan was to refloat the vessel. 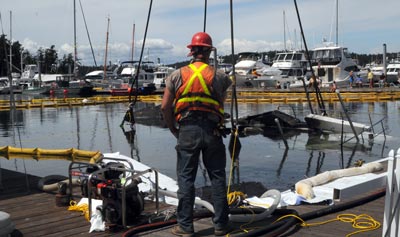 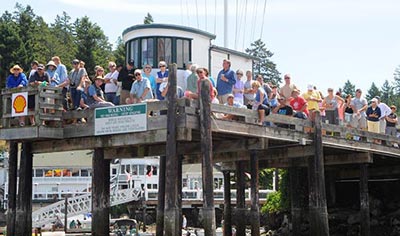 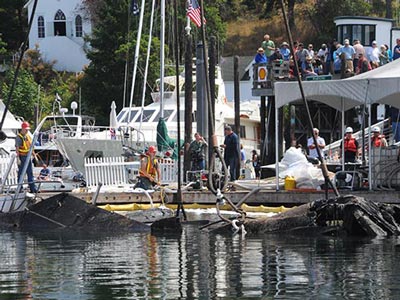 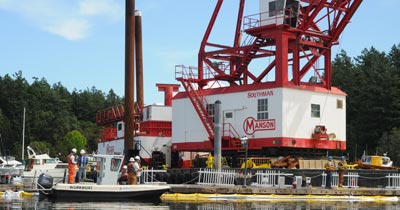 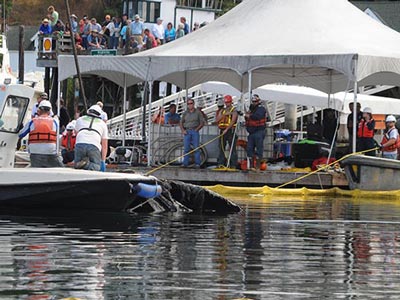 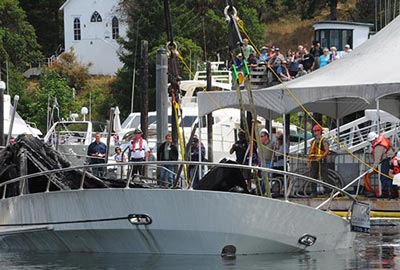 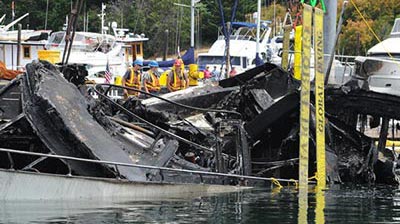 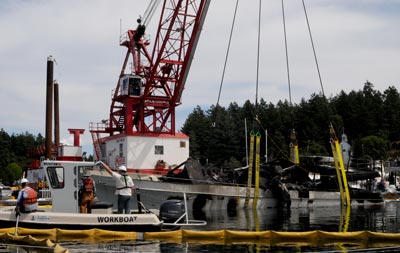 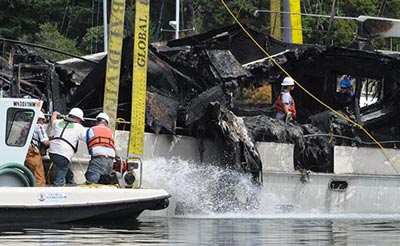 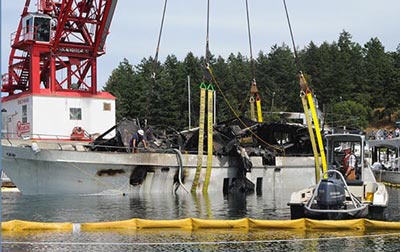 More in this category: « Wildland fire next to trailer park Cleanup and salvage operations underway after yacht fire at Roche Harbor »