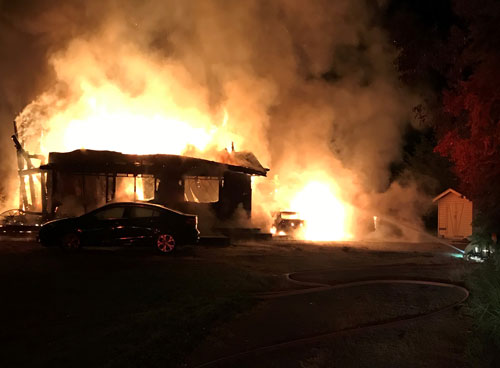 The fire was contained to a two-story residential structure that started around 2:15 a.m. It was a guesthouse with two people staying in it. It was not  a vacation rental. The guests were able to quickly evacuate the home and call 9-1-1. San Juan Island Fire and Rescue responded to the call and requested San Juan Island EMS for medical support.

Upon arrival, firefighters found the home to be fully engulfed, as well as several vehicles and trees behind the structure. Firefighters were able to quickly contain the fire to the structure area and were able to extinguish the fire in the trees to prevent further spread to other structures on the property. Unfortunately, the guesthouse and several vehicles were destroyed. Two people staying in the guesthouse were transported by San Juan Island EMS to Peace Island Medical Center in Friday Harbor as a precaution for evaluation.

The cause of the fire remains under investigation. 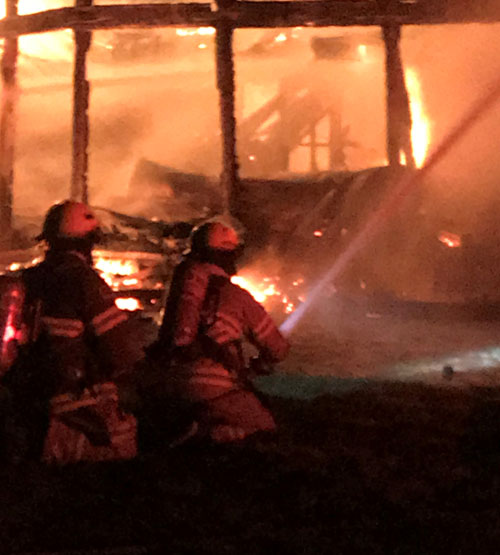 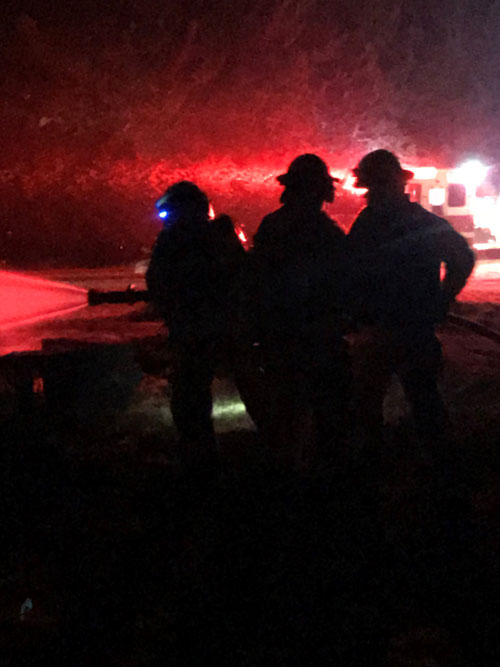 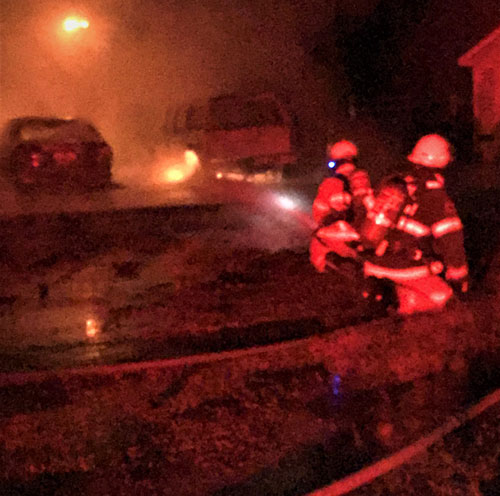 San Juan Island Fire Chief Norvin Collins said, “It was unfortunate the fire was so fast that the home was destroyed. While the occupants had been transported to the hospital as a precaution, we are grateful that no one was seriously injured and the fire has been extinguished without spreading to adjacent buildings or properties because of the timely actions of our career and volunteer firefighters.”

“We are grateful to our partners at San Juan Island EMS for their proactive on-scene assistance, and for the patience of neighbors in the area as we worked through the morning. We truly appreciate the support of our community.” 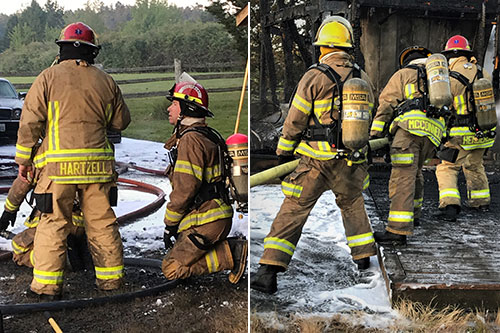 More in this category: « Burn permits expire in May Fire danger increased to moderate »