Smoke was emanating from vents under a home in the Westcott Bay area when San Juan Island Fire and Rescue firefighters arrived on the scene Friday morning, July 1, 2019. The owner of the home had safely  evacuated with his pets and there were no injuries. The crews were responding to a 9-1-1 call reporting a residential fire. 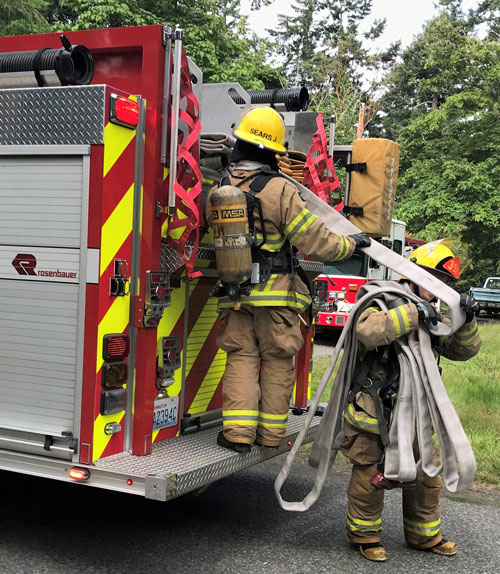 Firefighter’s rapid response helped limit the spread of the fire, although there was damage to a portion of the home’s crawl space and in one bedroom.

San Juan Island Fire Chief Norvin Collins said, “Our career and volunteer firefighters train throughout the year so we are ready to protect our community. We were able to safely and rapidly extinguish this challenging fire and to save the home.”

In addition to career and volunteer firefighters, the San Juan Island Fire and Rescue logistics team assisted on-site teams. The owner of the home, along with the homeowner’s pets, were offered assistance for temporary housing and other needs.

Chief Collins added, “I am grateful for the assistance of neighbors during today’s fire. We always appreciate your support.”