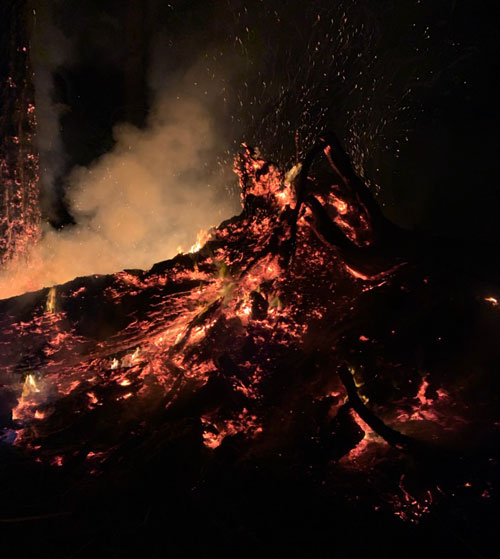 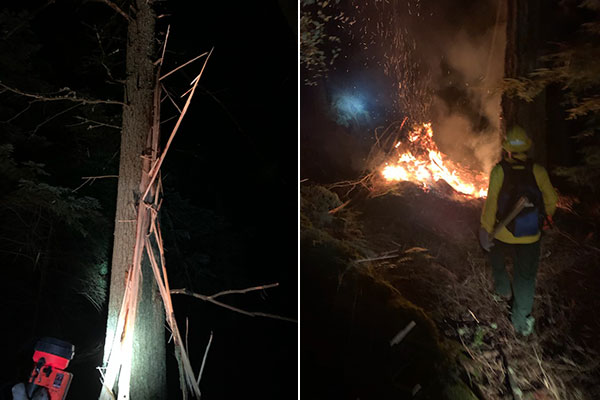 As crews neared the rural residential neighborhood they were met with roads narrowing beyond where even the smallest of OIFR fire apparatus were able to advance, which delayed access to the scene.

Firefighters set off on foot and located a small 10-foot by 10-foot fire burning hot into multiple trees, brush, and root beds. They were able to contain the blaze using wildland hand tools and extinguished it utilizing 200 gallons of water.

One of the other challenges crews experienced on the scene was poor connection for radio communications — the area being one of several pockets throughout the island where OIFR personnel are left with little to no radio contact.

“It’s an issue that the district is working on a solution for,” shared Public Information Officer, Kimberley Kimple. “With patients and personnel out there in life and death situations, it’s imperative we find resolve sooner than later.”

The crew of six personnel were able to mitigate the small fire within 3 hours on scene and will continue to monitor for rekindle.