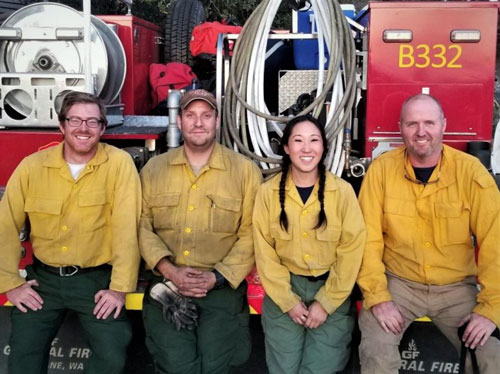 The deployed regional strike team comprises of firefighters from San Juan, Snohomish, Whatcom, Skagit and Island Counties. They are part of 4,957 personnel from multiple states making significant progress as they battle the Kincade Fire in Sonoma County, California.

The strike team was dispatched through the national mutual aid system, managed by the Federal Emergency Management Agency (FEMA). SJIF&R, and all other responding agencies, are fully reimbursed for the use of crews, equipment, fuel, travel and all related response costs.

Mutual aid is a critical component of emergency services preparation and disaster response. Communities provide resources they can spare and in turn, when faced by an extended disaster, they call on multiple resources from other communities.