A woman riding a moped crashed into a ditch when San Juan Island Fire and Rescue's Engine 31 Department passed her on a blind hill on shoulder-less West Valley Road mid-day on August 12, 2021. 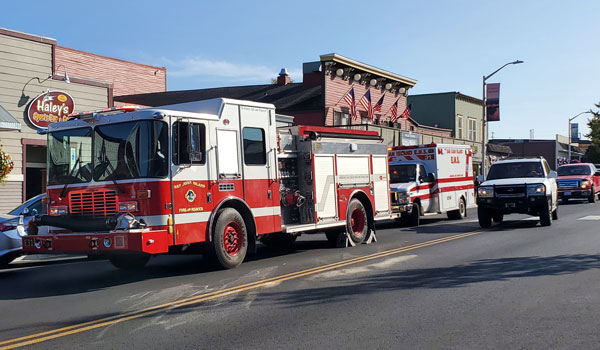 The fire engine was responding to a San Juan Emergency Medical Services aid call on Yacht Haven Road.  San Juan Island fire department has been sending fire engines on aid calls for the past 18 months. A retired law enforcement expert with decades of experience in San Juan County estimates that the engine's presence would be appropriate in about three out of 10 calls.

On that Thursday afternoon, San Juan EMS was on its way to a trauma call on Yacht Haven Road. Engine 31 was ahead of the EMS rig on West Valley Road. The fire engine came up on two mopeds and one scoot car on the road. There is no shoulder on West Valley Road so there was nowhere for the slow vehicles to pull off. A little farther up the road were driveways that they could pull into. A bit farther is the parking lot at the alpaca farm.

Instead of taking the safer option of slowing down and letting the three slow vehicles get to a place where they could pull off, Engine 31's driver chose to pass on a blind hill. The engine crossed the double yellow line, went into the oncoming lane in an area that had limited to no visibility. 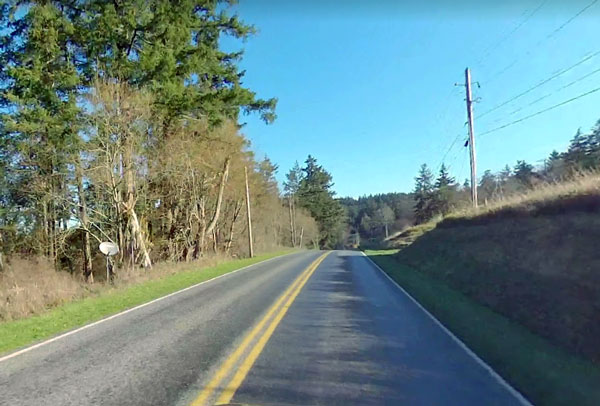 The woman pulled off the road with no shoulder and crashed in the ditch as the engine went by. It isn't clear if Engine 31's driver knew the moped driver crashed.

The EMS rig stopped and asked the woman if she needed aid. She said she didn't but would need someone to retrieve the moped.

EMS called the Sheriff's Dispatch Office as they continued onto the trauma call. A deputy was sent out but did not file a full report as no one was at the scene. The moped was picked up.

Asked Thursday, August 19 about the incident, Assistant Chief Monin denied any such incident occurred. "It didn't happen," he said. "I know there's no police report."

The Sheriff's Office dispatch log has a record of the call. SJ EMS filed an internal report for their records to be used to review safety protocols.

There is no question that the incident happened.