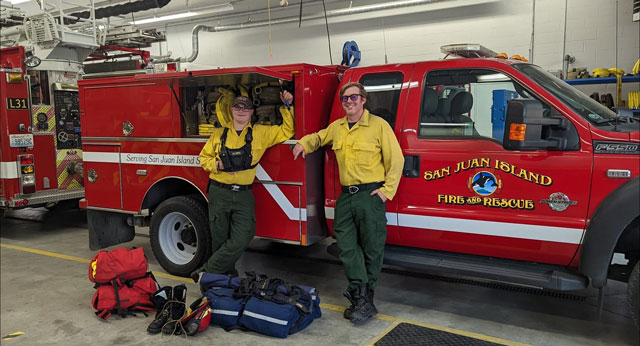 They took a wildfire brush apparatus filled with firefighting equipment to be deployed where needed in order to either attack the fire directly or protect threatened homes.

In the media release, the department stated: "Our thoughts are with them as they aid the efforts of many mainland departments, working together to protect the public from this large incident. San Juan Island Fire & Rescue continues to work within the greater emergency response system; supporting others just as we saw mainland departments support our own community during past major incidents."