The usual answer to how San Juan Island EMS is doing regarding response times is "We are well within standards." San Juan County Public Hospital District (PHD)#1 Commissioner Dr. Warren Appleton asked for more details. The answers show that SJI EMS is indeed well within the standards, The details provide information that will help people realistically estimate how long they will wait for aid after they call 9-1-1. 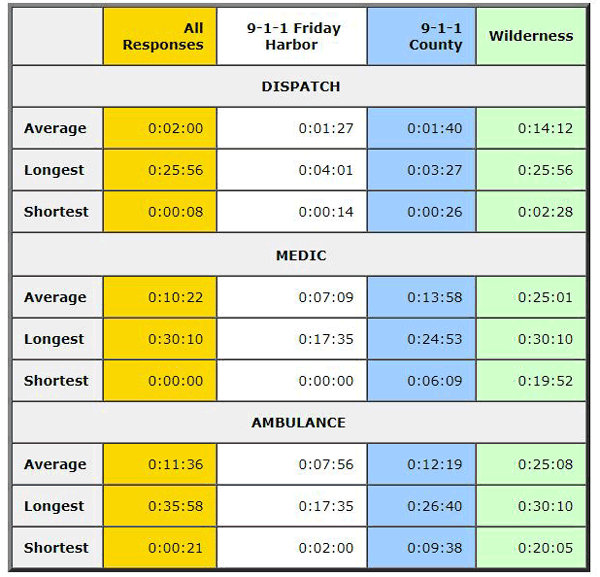 The standards are broken down into:

Wilderness Area: Any rural area not readily accessible by public or private maintained road. The outer islands in the PHD fit this criteria. Two outer island calls were made in June.

Response time starts when the call is dispatched and ends when the medic's or ambulance's wheels stop at the scene.

More in this category: « SJ EMS Chief files police report against county Medical Program Director PHD to spend $4k to investigate care given by EMS on one run »