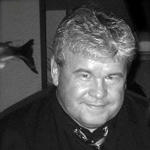 Martin had submitted his resignation once before in October, 2017 effective January 31, 2018. He rescinded his resignation January 24, 2018. At that time,  asked how long he planned to stay, he said, "The goal is to get EMS to merge with the fire district." He vowed to stay on until that is accomplished. "This is an exciting time for fire and EMS."

An advisory committee has been researching the feasibility of moving SJ EMS from the jurisdiction of the Public Hospital District to San Juan Island Fire and Rescue. Their final report is due March 31, 2019.

Chief Martin is under investigation by the state Department of Health. The two cases are expected to take 130 days. Martin was informed of one - "failure to comply with the continuing education requirements in accordance with WAC 246-12-190 and 246-12-200" - on November 7, 2018 and told about the second one - "complaint alleges incompetence, negligence, or malpractice" - on November 27, 2018.

The PHD board of commissioners voted unanimously earlier this month to select  Paramedic Karl Kuetzing as interim chief. The board will meet this week to finalize the paperwork and to determine when the interim chief position will start.

The Chief's contract includes a severance package equal to six-months pay and benefits. The cost is estimated to be about $75,000.