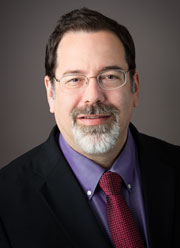 Steve and BJ Brandli along with their four daughters arrived in the San Juan Islands a dozen years ago when he took a position with San Juan County as a Deputy Prosecutor. After two years with the county, followed by 10 years in private law practice, he is ready, if the voters so choose, to cap his career with a new position - San Juan County District Court Judge.

"I do think it is important to experience court from all sides I think it gives a perspective that a person who just sees one side doesn't get. Also believe having clients gives perspective that one does not get as a public attorney who doesn't have clients," he said.

He has experience in both civil and criminal cases through his law practice. During his studies at the University of Washington Law School,  he interned as a public defender for the Tulalip Tribes. He worked for a law firm in Seattle representing people in immigration court. He was an extern in in the Federal District Court in Alaska and at the Court of Appeals.

He has also worked as a Court Appointed Special Advocate (CASA). He represented children in court as a guardian, visited homes, and conducted investigations. He served as the half-time public defender in San Juan County for two years.

The Brandlis are active in the community, they volunteer at Island Rec and the high school. He is president of the Lions Club. For the past 12 years, they have been foster parents for children ages newborn to eight and to medically fragile children.

Asked if it isn't emotionally difficult to take in newborns, BJ said, "Someone puts a baby on my doorstep or calls me at 11 at night, I'll take that baby and  give it unconditional love for as long as it lasts. You learn through fostering to live around the holes in your heart that the children leave."

In an interview, last week Brandli was asked what the courts can do about two of the biggest challenges facing the islands - drug abuse and domestic violence.

"I think domestic violence is misunderstood by a lot of people. There is a difference between someone who commits violence against a family member just because they are angry versus the perpetrator who is acting out of a need for power and control and the violence is just a more extreme version of that. The way to address the problem is different for those two," Brandli said.

Past efforts to deal with the latter have proven ineffective because the perpetrators don't believe they have a problem, he said. One new concept under consideration is Moral Reconation Therapy. There are other new ideas out there on how to address  problems post-conviction.

"I've worked a lot with Safe San Juan (formerly Domestic Violence and Sexual Assault Services DVSAS)." he said. "I've helped them with training." He believes Safe San Juan's educational efforts and Stand Up for Men program are important in dealing with the domestic violence problem.

Brandli supports the effort underway to create a Therapeutic Drug Court which provide incentives to defendants.

"The success is based on constant attention given to them," he said. "They use a high touch process - partnership with the prosecutor, court, treatment provider and defendant." He noted the Drug Court won't involve District Court cases.

Brandli would like to see more use of Probation Department expanded. "I don't think we need to increase the budget, I'd like to see us bringing some newer tech probation techniues here. Using technology to be more in touch with defendants."

"Having pretrial supervision instead of bail, makes it easier to help make sure the defendants come to court," he said.

Brandli stopped taking criminal clients at the end of last year. "My practice now is 90 to 95 percent litigation, (if elected)  it will be 100 percent transactional. I won't appear in any court as an attorney. I will also add a mediation and arbitration practice," he said.

It has been common for county Judges to continue their private practice. Judge John Linde and Judge Don Eaton both continued to practice. The District Judge position is  .77 of a full time position.

Brandli said his private practice "will be one day a week."

"My litigation is absolutely in line with Superior Court - family law, estates and trusts," he said.  He believes his opponent who is a San Juan County Deputy Prosecutor "essentially will not be able to sit as judge for the first few months" because she will have conflicts due to her work as prosecutor.

Brandli said, "I became a lawyer because I really believe in the profession and its importance in our way of  life, in our democracy. I realize how important it is for judges to be the kinds of leaders we want  leading the justice system that we have."

"A lot of my success is based on my ability to project confidence, but I do think that judge's need to have a humility, that I call intellectual humility,  that they really don't know everything, that they are always asking the questions, always questioning what they think they know, always listening carefully, always pausing before making a decision. The good judges I've worked with all had this. Judge Eaton was really great at this, and Judge Loring is also showing this. I think judges need to have that humility... I think it's the most important quality that a judge should have."

You can see all of his endorsements and read more about Brandli on his campaign website: https://www.electstevebrandli.com/

More in this category: « How much are the candidates spending and who is contributing? Jewett's goal to be a judge may be in sight »