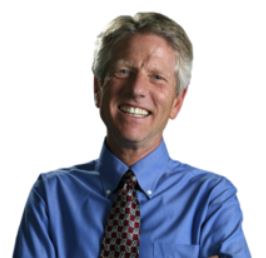 Gaylord is proud of the work he's done and the team he's assembled at the San Juan County Prosecutor's office. He oversees four attorneys and 5.5 FTE staff.

One of his accomplishments relates to the Barefoot Bandit case. When discussing restitution he realized that with expensive aircraft involved that might use up the amount of restitution available, some victims would be left without any compensation. He mentioned his concern to other attorneys involved. A federal attorney arranged to have the restitution done through federal laws instead of state law. Uninsured victims are reimbursed ahead of those who are insured. Gaylord worked with state lawmakers to see that Washington State law was changed to work that same way. Prioritizing crime victims just went into effect in June 2018.

The challenges facing his office have included handling four homicides in the last four years. He used to tell his staff they'd be dealing with one homicide every ten years or so.

There has been an increase in boating infractions involving the Southern Resident Killer Whale population. Since the fine was decreased from $1,000 to $250 less people contest them, he said.

One of the obstacles in prosecuting impaired drivers is the lengthy time it takes for lab results. Gaylord has made a decision to switch to a Pennsylvania laboratory because it has been taking six months to have the tests run in Washington. The new lab can have results back in two weeks.

Regarding the drug abuse problem in the islands, Gaylord said, "I'm not aware of reports about hard drug use in schools." He's involved with the Coalition for Orcas Youth and the San Juan Prevention Coalition. He is in favor of the proposed Therapeutic Drug Court.

He favors the Iceland model with its endorphin-producing activities as a way of reducing drug abuse among youth. It coordinates efforts between schools, government programs, and families with the goal of providing more activities for teens. Other goals are to keep teens more accountable and connected to their parents.The three areas focused on in the model are Healthy Activities, Quality Time With Parents, and Community Commitment.

Regarding the opiod crisis. He said its important to coordinate with health providers.

Gaylord says he provides solid leadership as he makes hundreds of decisions. He teaches other prosecuting attorneys every year and helps select the curriculum.

Gaylord's campaign is endorsed by:

More in this category: « Did Krebs and Gaylord lie to the county Council? Nick Power: I know where the problems are in the county »