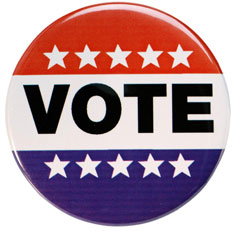 According to San Juan County's Election's web page, the only contested local races in the 2019 elections are on Orcas Island. Seventy-one candidates filed for 56 positions.

In what is sure to surprise many, none of the incumbents in the four positions open on the San Juan County Public Hospital District #1 (San Juan Island) have signed up to run for re-election. The candidates who have each filed for one of the open seats are Gail Leschine-Seitz, Everett Clary, Kyle Loring and Trish Lehman.

For state senator, the candidates are Liz Lovelett who was appointed to replace Kevin Ranker; Daniel Miller, Carrie Blackwood, Michael Petrish, Greta Aitken, and Rud Browne. There will need to be a primary election to winnow the field down to two.

The contested races are posted below. All of the candidates who have filed can be viewed on the Election's web page.

More in this category: « Candidate Filing Week – May 13 through May 17 Primary ballots in the mail, due back August 6 »