San Juan Island Fire District will host an opportunity for voters to learn more about Proposition 1, the February ballot item asking for approval of a sales tax to support an upgrade of the county Emergency Communication System. The district will hold an open house at 12 noon Sunday, February 2, 2020 at the Mullis Street fire station. 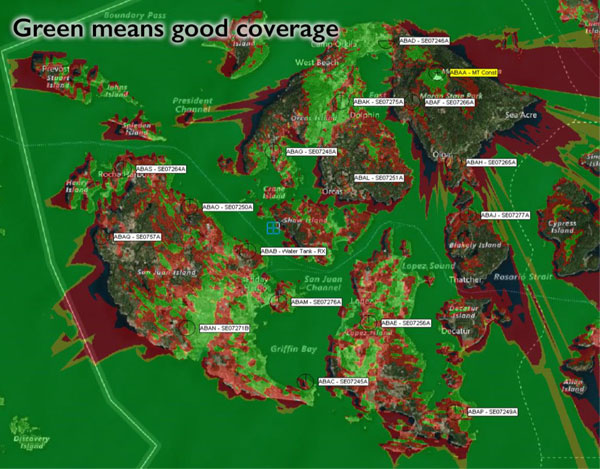 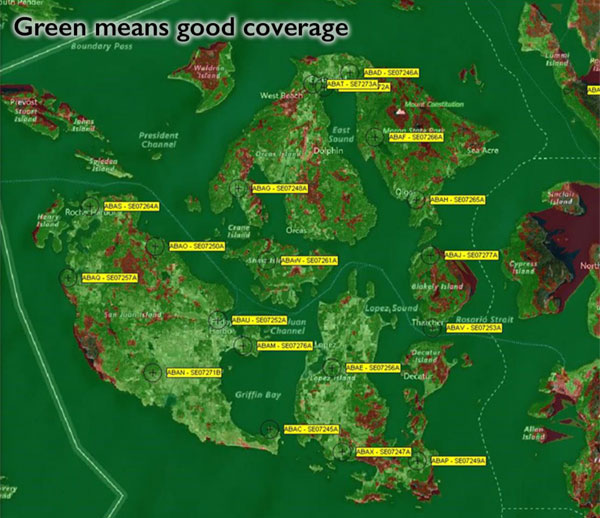 As peaceful and serene as our island living is, there is a disaster looming right under our noses. The EMS radio communication system is limited, archaic and highly vulnerable to failure. This is the system that we depend on to send the EMTs, fire trucks, sheriff and road crews out when we need them. The current system is 1960’s technology: when repairs are needed, parts are hard to find and often need to be modified to make them work in our system.

Currently there are only three transmitter-receivers, or base stations, in the county. This creates significant gaps in radio coverage producing numerous problems. For example, when a first responder needs backup or an ambulance, they radio to Dispatch. Often the call is garbled, and Dispatch wastes precious time deciphering what is being said. If communication is needed between different agencies such as fire and EMTs, Dispatch is the go-between and has to relay messages back and forth, not always with clear signals, again wasting precious time. There is also the possibility of errors being introduced this way. Another issue is the quantity of dead zones in the county where radio signals don’t get through. We’ve all experienced this with our cell phones, which utilize similar radio technology, just on a different set of frequencies.

This is not a new problem. County agencies have been discussing and researching this for over 20 years. It makes sense to act before we have a catastrophic failure with the system or a major disaster where lives are at stake and response time is critical. The different agencies affected have been working together to come up with a responsible proposal. They are required to use a State authorized vendor and they have found a qualified vendor and product that is a good fit for our island needs.

Codan Radio Communications out of Victoria has developed an EMS “simulcast” communication system that is designed specifically for isolated locations. It is being successfully used by two other Washington counties, Chelan/Douglas and Whitman counties.

This system will add modern technology compatible with the existing analog radios currently in patrol rigs, fire trucks, ambulances, road crew’s trucks, etc. It will increase the number of base stations from three to 48—all interlinked via Rockisland fiber, improving the quality of radio calls and significantly reducing the amount of “radio free” dead zones in the islands.

Another benefit is that Dispatch can link agencies together like a conference call so that they can communicate directly with each other in emergencies. The cost of this system is $3 million over five years for capital improvements and maintenance, or roughly $120,000 per year. No new land needs to be purchased and permitted for new towers. Rockisland will be providing 24/7 data support at a reasonable, low rate.

Our San Juan County emergency services are utilized by residents and visitors (some 2,000,000 last year alone) alike, so it is only fitting that the source of funding come from both. The proposal is for an increase in the County sales tax by .2 percent, from 8.1% to 8.3%. It is estimated that the cost per island family is roughly $50–$80 per year. This is significantly less than other counties in the US have spent upgrading their emergency communications to meet the federal post-9/11 interoperability recommendations.

We are all familiar with dead radio (including cell) zones. We can’t expect our EMS and first responders to continue to be hindered by these issues when a reasonable and affordable fix is available.