Washington News Service: SEATTLE - The National Parks Conservation Association is suing the U.S, Navy to get more information on jet training taking place over an area prized for its silence. 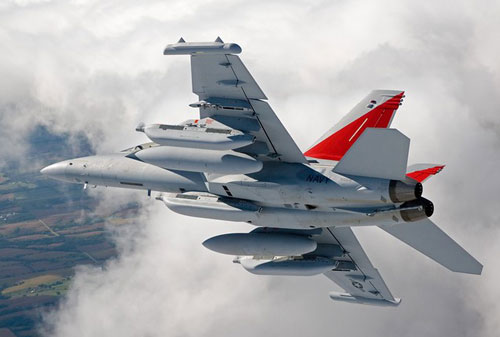 The Navy is looking to increasing training jet flights to as many as 5,000 a year from Naval Air Station Whidbey Island. Robert Sullivan/Flickr

Olympic National Park is a World Heritage Site renowned for its tranquility. But jet training with Growlers, one of the loudest aircraft in the sky, is disturbing that peace, and the Navy is proposing as many as five thousand flights a year from a local base through 2025.

The NPCA filed a Freedom of Information Act request back in 2016 to find out more about the impacts of these training exercises, but the group's Northwest regional director, Rob Smith, says they've received limited information.

"There's a lot we simply haven't seen that we believe is there, because the Navy references it, but they haven't provided it," says Smith. "We'd like to get that information so that we can understand fully what they're proposing to do, and also whether they've thought of other ways to do it."

Smith says his group wants to know whether the Navy has measured noise impacts on wildlife, and to see its correspondence with the Federal Aviation Administration on use of this airspace.

The Navy is taking public comment through June 12 on a draft Environmental Impact Statement concerning increased traffic from its Whidbey Island air station. The Navy cites cost savings as one reason for flying over the Olympics.

Smith says one of the major drives to visit national parks is to hear the sounds of nature.

"The sounds of the water, the air, the wind, the birds, and elk bugling," says Smith. "You can hear that really well in the Hoh Rainforest, which is on the west side the Olympic Peninsula in the national park. It's one of the quietest places in North America."

The Olympic National Park in the most popular national park in the Northwest. It received just over three million visitors last year.