Islanders breathed a sigh of relief when San Juan Island National Historic Park staff listened to concerns and tightened up the regulations about photographing foxes at American Camp. Unfortunately, many thoughtless photographers, some participating in expensive guided tours by mainland companies, have moved their activity just a bit  south east. 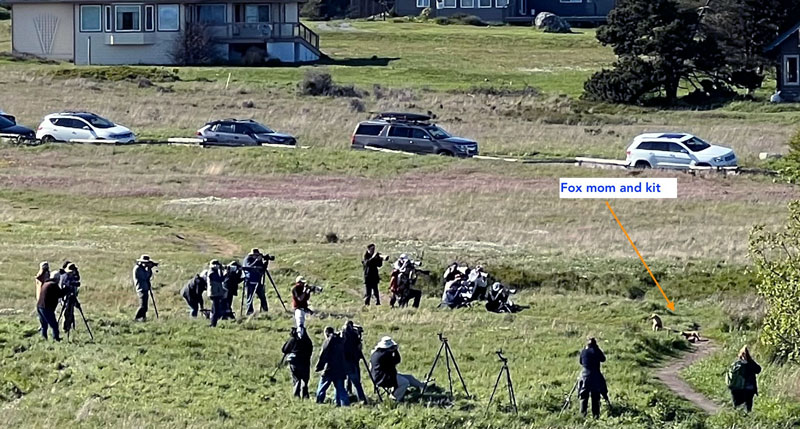 The presence of two dozen photographers is preventing the vixen from hunting for food for her kits.

To complicate matters the new favorite spot is in an area where jurisdiction is a bit tricky.  State Department of Natural Resources (DNR) land abuts BLM land. The BLM land is part of  San Juan Islands National Monument. 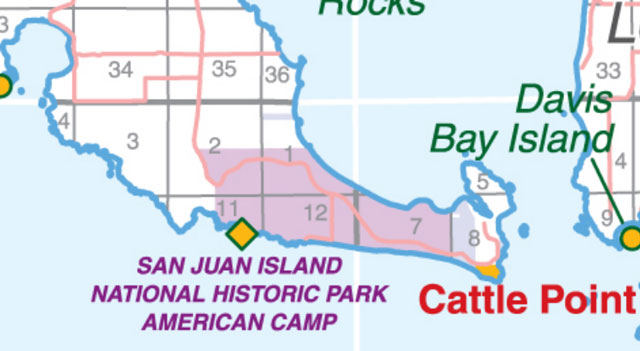 How can the foxes be protected?. Can the SJINM and DNR establish rules similar to the ones at the San Juan Islands National Historic Park. Those rules include a 75-foot distance from the dens and the foxes, no tripods, no going off designated paths among other regulations. The most important is DO NOT FEED the foxes. Sadly, the last rule is violated often by clueless people who don't realize they are harming the wild animal. 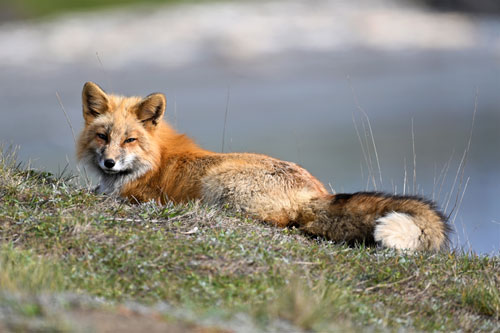 Long term local photographers keep their distance and use patience and long lenses to capture their image. Brad Pillow photo 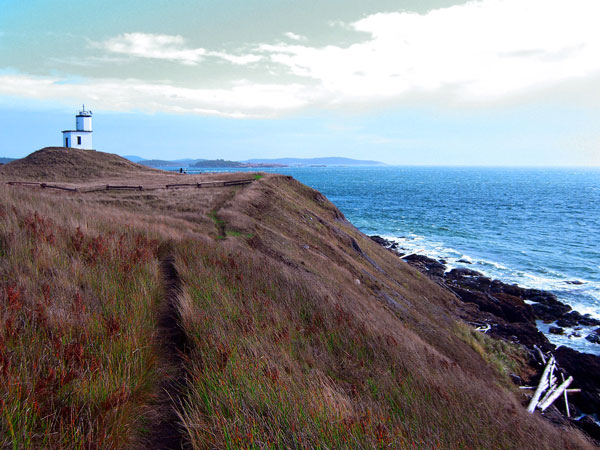 Cattle Point Light at the southern tip of San Juan Island is part of the National Monument. Photo by BLM

The Monument encompasses approximately 1,000 acres of land spread across many of these rocks and islands and managed by the Department of the Interior's Bureau of Land Management. The Cattle Point Light area is part of the Monument.

BLM Spokane District Manager Kurt Pindel said, "Brie is an experienced planner with a background in outdoor and environmental education, to include being a Leave No Trace Master Educator,” Pindel said. “Brie also has a strong background in collaborative leadership, consensus building and building partnerships. She holds a bachelor’s degree in biology from Johnson State College and should be a great addition to the local community.”

The San Juan Islands National Monument office is located at 37 Washburn Place, Lopez Island, WA 98261 and may be reached by phone at 360-468-3754. Email:  blm_or_sanjuanislandsnm@blm.gov or bchartier@blm.gov

There is also a full page of contact information posted here.

More in this category: « Statement from U.S. Rep. Rick Larsen on the SCOTUS draft decision to overturn Roe v. Wade