Accurate lab tests are crucial for medical treatment, and Congress is considering a measure to provide more oversight. 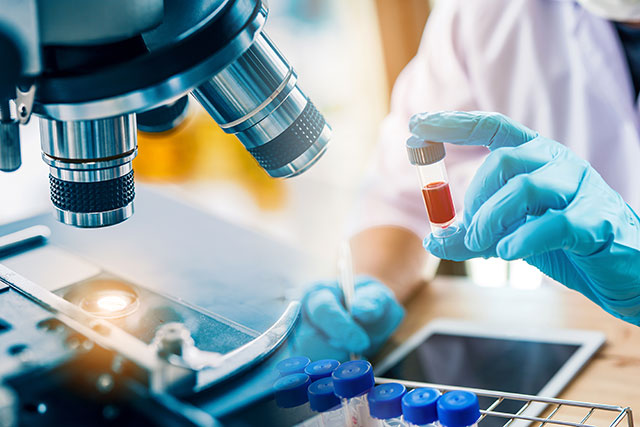 Kristin Anderson, an immunotherapy researcher at the University of Washington and a cancer survivor, said an accurate test was crucial after her breast-cancer diagnosis. A lab test determined she had a specific gene mutation, known as BRCA, which helped tailor her chemotherapy treatment.

"Just knowing those pieces of information was really, really helpful when it came to what medicine I was going to receive," Anderson recounted. "It also really helped inform what kind of surgeries I went through."

Anderson pointed out people with the BRCA mutation have a high risk of recurrence, and so she received a double mastectomy to reduce her chances in the future. Under the measure in Congress, companies would have to register their tests with the FDA and provide performance information. Senate lawmakers approved the bill in June, and Congress is negotiating a final version.

Mark Fleury, policy principal of emerging science for the American Center Action Network, said through COVID-19 tests, most people now have the experience of relying on a lab test for health information. He emphasized laboratory-developed tests are mostly accurate and of high quality.

But he pointed to cases such as the company Theranos and its founder, Elizabeth Holmes, who claimed to develop rapid diagnostic blood testing which was later revealed as a scam. He emphasized without third-party review of such tests, there is a lack of certainty for patients, and he believes the legislation is needed.

"Bring up the oversight system to the modern era," Fleury urged. "Treat it as a diagnostic test rather than as an artificial hip, and ensure that if two tests perform the exact same function, that they've been looked at in the exact same way."

Anderson added her gene-mutation test continues to influence her care because people with the BRCA mutation also are at risk for other types of cancer, such as ovarian cancer.

Support for this reporting was provided by The Pew Charitable Trusts.

More in this category: « $1 billion Pilot Program from Congress aims to help distressed communities Bill introduced to thin out the 900K pieces of orbiting junk that endanger the future space economy »