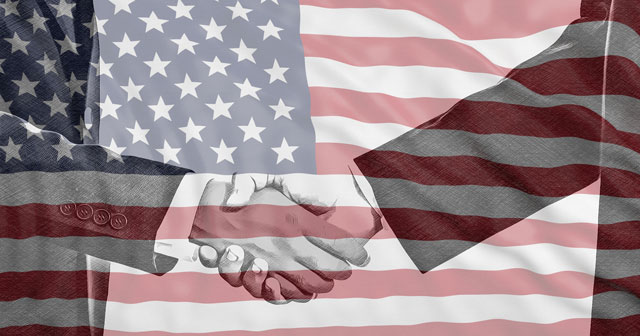 Washington News Service: The holidays can be stressful, and our deeply divided political times can make it harder to see family. But efforts across the country are happening to bridge the gap in our differences. One such effort is from the organization Braver Angels, a national nonprofit that holds events in Washington and other states.

Bill Doherty, Braver Angels co-founder, has advice for people who may be sitting down at the Thanksgiving table with family members of different political leanings. He said folks should not try to enlighten them or make them change.

"Let people be. That's number one. And number two, when somebody differs from you, try to practice curiosity rather than convincing them," Doherty said.

Braver Angels' next event in Washington state is on November 29 at the Spokane Public Library. The nonprofit is holding an in-person workshop on communication skills for bridging our political divides.

Along with helping found the organization, Doherty also designed its workshops, which bring together so-called "reds" and "blues," or people on the right and the left. He said when face to face, folks find they're not so different.

"They get past stereotypes, they see common ground - because it's almost always there in some way - and they come out having lowered their hostility meter, if you will, towards people who differ from them politically," he said.

John Wood Junior, a national ambassador for Braver Angels, said when it comes to political divisions, things likely have to get worse before they get better. But Wood also noted there's momentum behind depolarization, as evidenced by his organization and many others that are working to build bridges in our society.

"There's serious movement in a constructive direction towards repairing these divides," he said, "and so that's going to bear fruit in a visible way as well in the years and even the months to come."