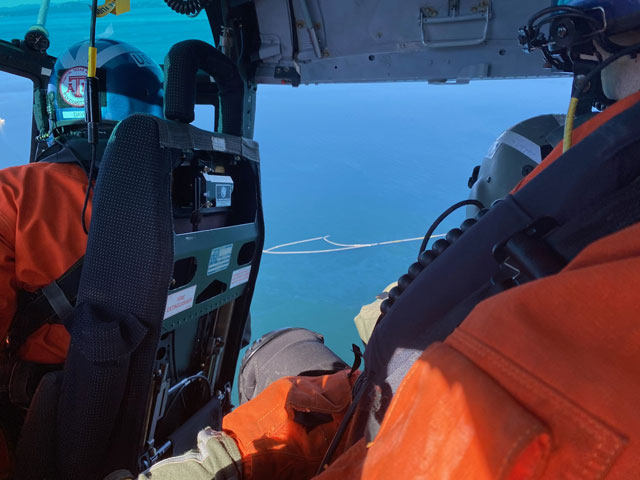 Over the weekend, crews on the water and in the air monitored the site for any changes.

A barge and crane are being transported from Seattle to San Juan Island to assist in raising the vessel. Additionally, due to the depth of the wreck, divers are required to use specialized gas mixtures which are currently being produced. Once mixed, the gas must settle and be tested for proportionality, and then shipped to the San Juan Island team. The crane, barge, and gas mixture are estimated to arrive later this week. Once received, removal operations will begin.

Cross border training with Canada’s Marine Mammal Unit is scheduled for Thursday. This team will be utilized in deterring marine wildlife from the area should the need arise. Canadian crews will also assist with by providing overflights of the spill area on Tuesday and Thursday. 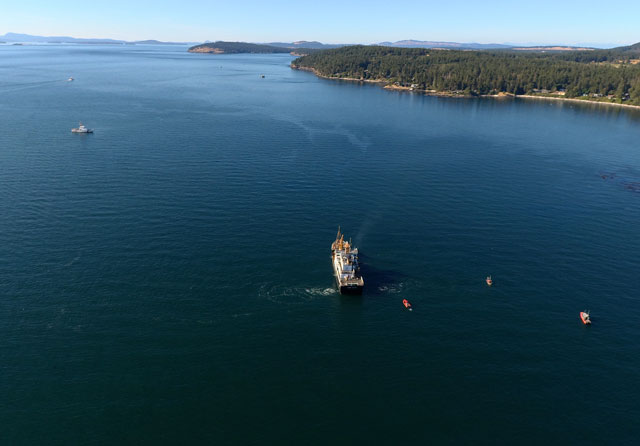 Crews continue to monitor the sunken vessel and Coast Guard Cutter Wahoo is scheduled to remain on scene to assist as needed. To ensure a safe work environment, safety zones extend 1,000 yards around all responding boats. Crews on scene can be contacted directly on VHF marine-band radio channel 16.

An incident-specific webpage has been created by the Washington Department of Ecology. Additional photos of the response can be found on Flickr. Developing updates will also be posted periodically on the U.S. Coast Guard Pacific Northwest social media accounts listed below.