Friday, August 26, 2022 Update:  On Thursday morning, August 526, 2022 Thursday morning, United States and Canadian partners conducted a transboundary whale deterrents drill. This is the primary method of deterring Southern Resident Killer Whales (SRKW) if they were to approach the area. 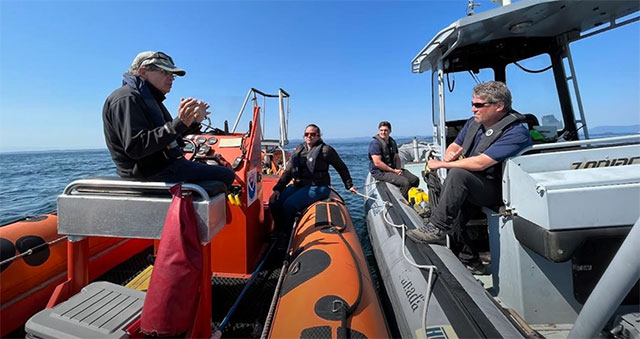 Fisheries and Oceans Canada (DFO) participated with three vessels, as well. Crews conducted a visual scan for marine mammals before starting the drill and none were seen. 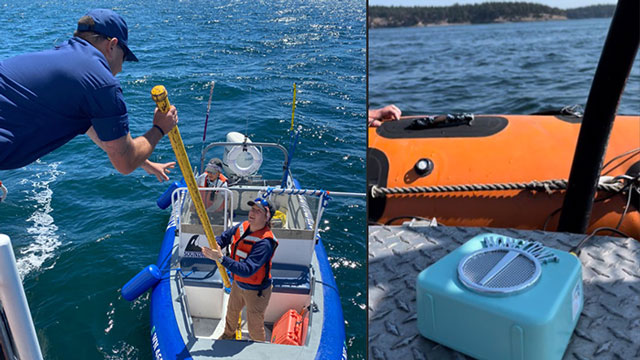 (Left) Personnel from SoundWatch hand over an oikomi pipe to the Coast Guard. Oikomi pipes are a tool use to deter whales from an area. (Right) Dipping hydrophones.

The goals of this drill were to gain experience with rigging and using deterrence devices (oikomi pipes) to enhance transboundary coordination, and to test the maneuverability of the vessels individually and in coordination for a moving whale.

Dipping hydrophones were deployed to record the sound levels generated, and a post-drill meeting was held in the afternoon where participants provided feedback on the operation.