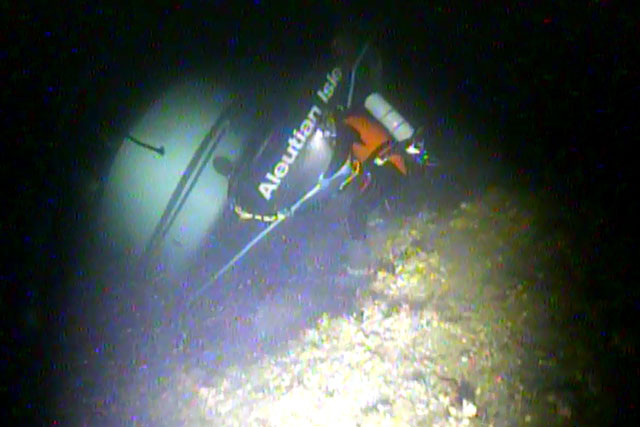 Status report - 12 noon Wednesday, August 31, 2022  - An ROV was deployed early Tuesday morning August 30 to the Aleutian Isle wreck site. The ROV and subsequent dive operations confirmed the commercial fishing vessel is lying hard on her starboard side with the hull facing up slope, and has not moved from its general location at a depth of more than 200 feet off San Juan Island. Plans were to deploy the ROV again Wednesday afternoon as divers prepare for the next window of opportunity to dive to the wreck site. 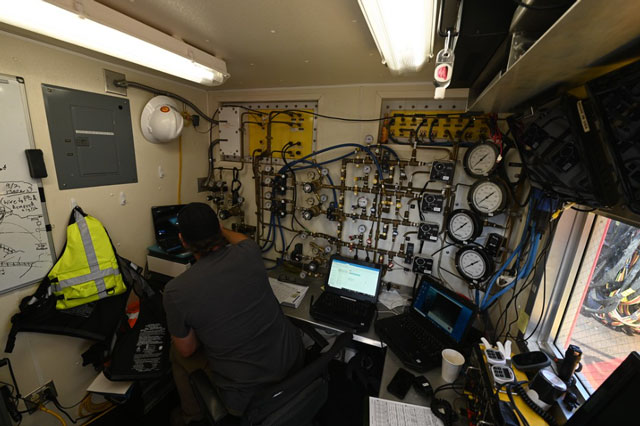 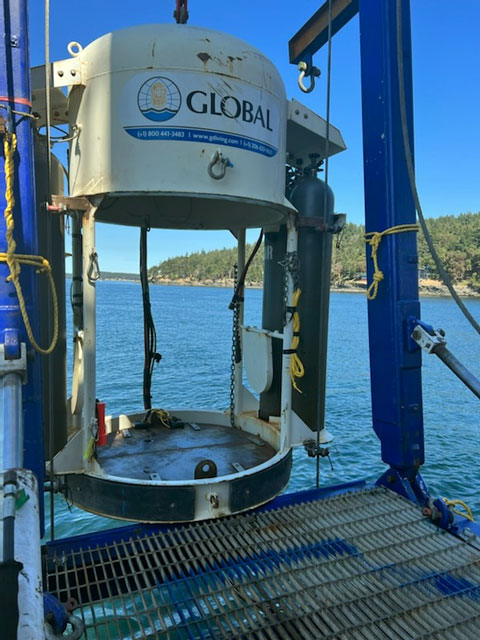 Diving bell used to transport divers from the surface down into the water.

Air monitoring continues with no elevated levels of concern. No visible sheen was observed Tuesday, and no Southern Resident Killer Whales (SRKW) were detected in the area near the wreck site. Whale deterrence teams are on standby if SRKW are detected. 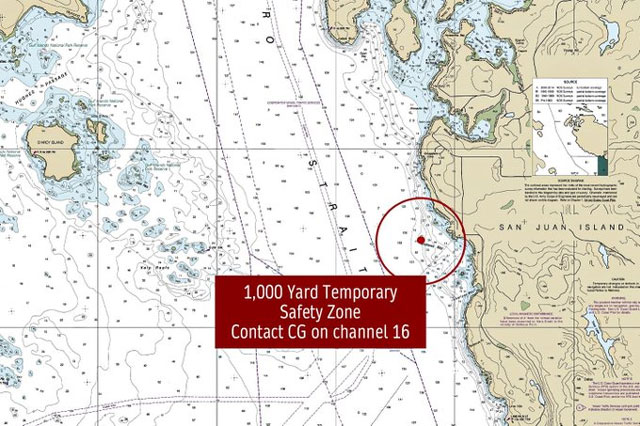 The Temporary Flight Restriction (TFR) around the Aleutian Isle wreck site has been extended until October 15, 2022. This TFR is in effect for both manned and unmanned aircraft. Response crews are working under very challenging conditions and aircraft can be a distraction or impede the operation of heavy equipment.