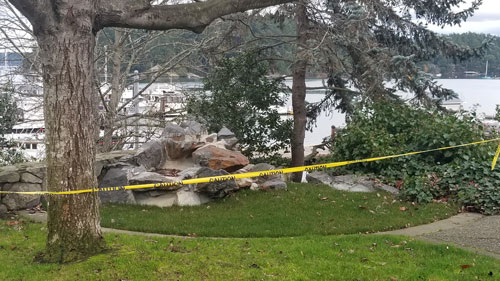 Rant and Ravers on Facebook are up in arms after a tree was cut down and a water feature removed at Fairweather Park at the Port of Friday Harbor marina. They might be less stressed if they knew what the Port has planned for the area.

Recommendations for the park were part of the  Marina Master Plan  adopted in 2014 after a process that included input from the public. The Master Plan can be viewed on the Port's website. 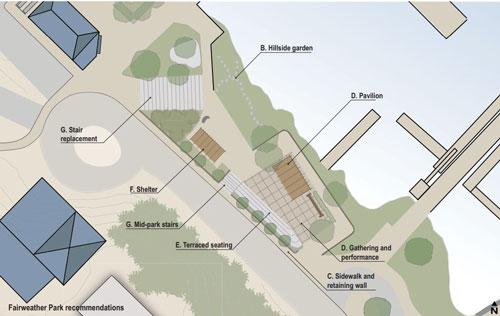 Recommendations for the area include a different stairway, terraced areas with benches, a boardwalk to separate traffic from pedestrians, and  more light in the park.

According to Port Director Todd Nicholson, in January 2019 the Port will hire the landscaping firm they worked with on the master plan to produce architectural drawings.

After the architectural drawings are obtained and approved, the Port will apply for grant funding from the state Recreation and Conservation Office. Nicholson said it is most likely the work on the park will take place in 2020.

As for replacement of the old water feature in the meantime, Nicholson said it doesn't make sense to put in something temporary.  If a water feature is part of the final plan, there is a possibility of building it first before the rest of the project.