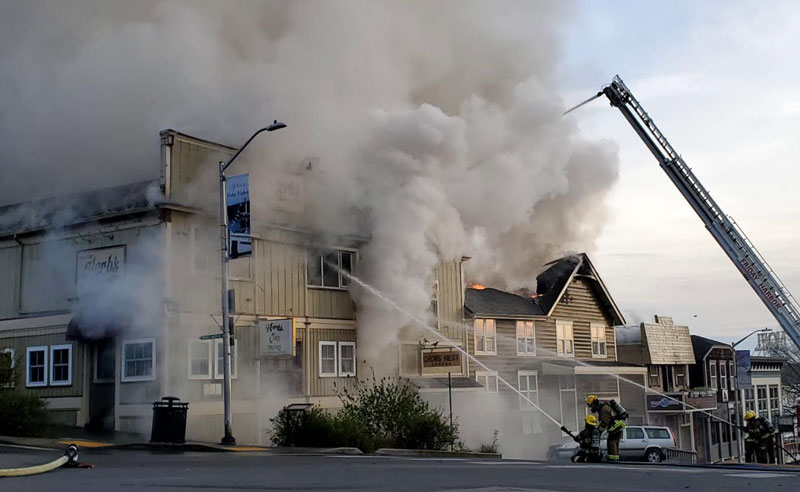 Suspected arsonist, Dwight Henline, pleaded not guilty to one count of second degree unlawful possession of a firearm in San Juan County Superior Court Monday, May 2, 2022. He was set to be arraigned on arson charges. Those charges were dismissed without prejudice at the request of the San Juan County Prosecutor.

Federal charges are expected to be filed instead of the state charges.

He is suspected of setting the April 7 fire that destroyed four buildings and six businesses in downtown Friday Harbor. Two of the buildings dated back to the 1880s. Damage was estimated to be $10 million. No one was injured in the blaze that was called out at 3:46 a.m.