A Friday Harbor woman struck a flagger, Vicki Hebert,  working at the round-a-about on Spring Street at 7:15 a.m. this morning (Friday, October 5, 2018). The driver didn't stop but continued on, striking several other vehicles in downtown Friday Harbor. 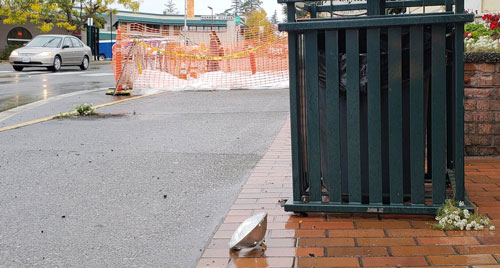 The vehicle dragged the trash can from the spot where the bit of grass and dirt are on the left hand side of the photo. Photos by Sarena Schumacher

She was stopped and subdued by the Mike Carlson Construction crew at the round-about in downtown Friday Harbor.

Sheriff's deputies arrived on scene shortly thereafter and took the female into custody. She was booked into the jail for vehicular assault and hit and run with injury.

Hebert was transported to the Peace Island Medical Center for treatment. 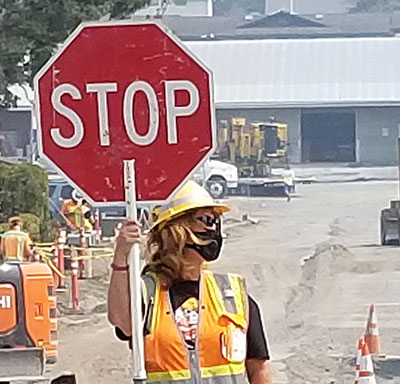 Vicki Hebert working during the smoky days in  August.

More in this category: « Does the Brady letter matter? Dump truck and sedan collide on Roche Harbor Road on San Juan Island »