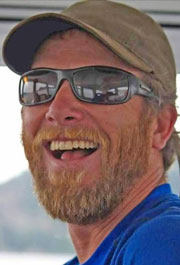 UPDATED: Michael Scott Kramer, 40, of Friday Harbor was found by San Juan County deputies dead  at the scene of a crash on Egg Lake Road near Three Meadows Road early Tuesday March 6, 2019. His truck had collided into a tree. The exact cause of the crash is unclear but it is believed that speed played a major role. An investigation is underway.

Kramer was the sole occupant of the vehicle.

More in this category: « Search still on for suspect wanted in Friday Harbor stabbing No info available on Cattle Point Rd crash »