The black bear which has been checking out bird feeders on Orcas Island, San Juan Island, Lopez Island, and  Decatur Island for the past few weeks appears to be heading out of the San Juan Islands. The islands' reputation of being a hard place to find a mate is  left unchanged. 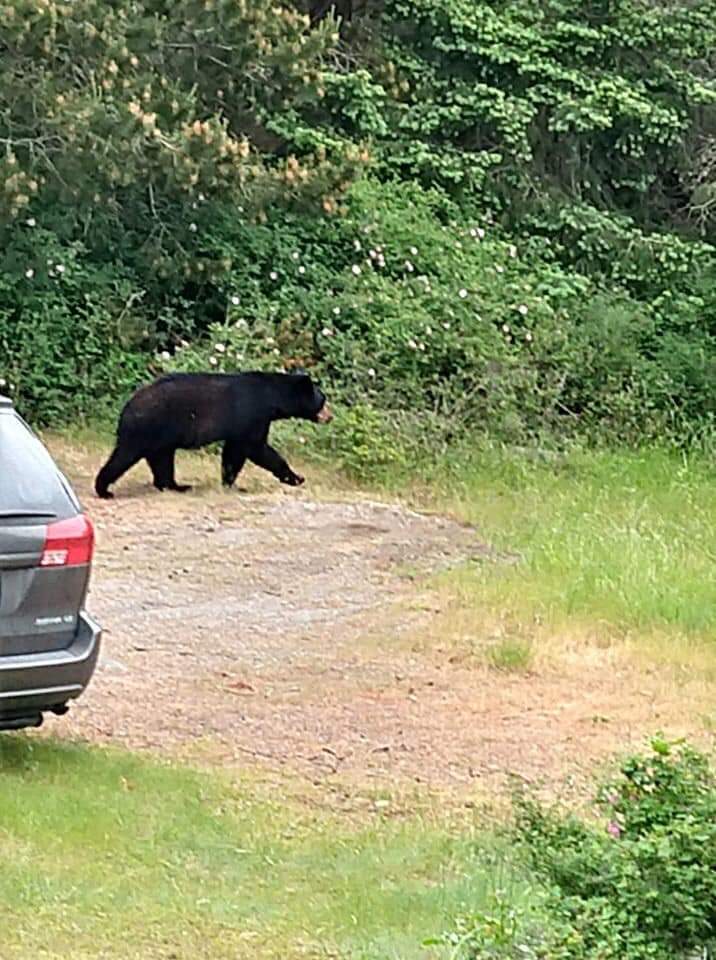 He was spotted swimming away from Decatur Island Monday morning.  A video. is posted on SJI BEAR watch group Facebook page.

Later the bear was seen on the beach on Blakely Island.

Before the bear swam to the San Juan Islands he was seen on:

More in this category: « UPDATE: Wandering bear left Lopez Island and is now on Decatur Island Island-touring bear caught in Mount Vernon, will be released in the North Cascades »