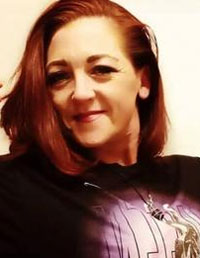 Rachel Folkman, 42, of San Juan Island died January 3, 2022 after she was thrown from her car when it hit a guard rail on Miller Road. The crash occurred near Three Corner Road. According to San Juan County Undersheriff Zac Reimer, apparently the vehicle hit the guardrail on the curve of the road. Folkman was ejected from the vehicle which 'rode' the guardrail another 200 feet before crashing into a tree.

Toxicology and autopsy reports aren't back yet, but it is believed she died instantly. Not wearing a seatbelt proved fatal according to Reimer.

A caller called dispatch at 5:30 am to report the crash.

A GoFundMe account has been created by Leila Maamari to raise funds to cover funeral/memorial costs.

More in this category: « Information sought about Mullis Center zoom-bombing