What do you do with an $11,000 dog that isn't allowed to do her job?" San Juan County Auditor Milene Henley asked the county council at the Tuesday, Feb. 15. According to Henley the problem is caused by the Blake Decision. 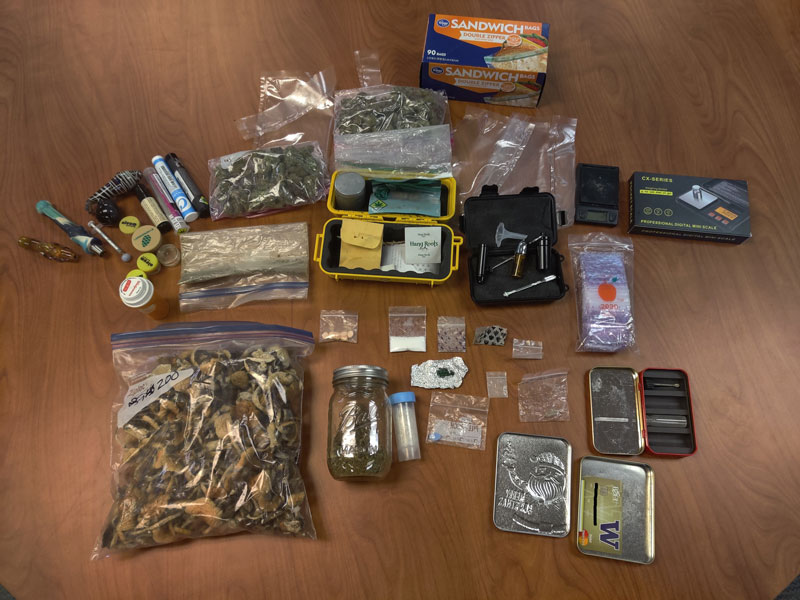 K9 Sucia, San Juan County Sheriff Office's drug-sniffing dog alerted its handler to the presence of drugs in a vehicle Friday, August 21, 2020 in Friday Harbor. The vehicle had been stopped about 8:30 p.m. because it had two different license plates and the driver was suspected of being under the influence of intoxicants.

Sheriff Ron Krebs says there are a few reasons the dog is being surplussed. "I had high hopes," he said. The hopes were dashed because the amount of time that is required for ongoing training takes the handler off-island and away from the short-handed office. Krebs said recruiting is difficult and they are short three deputies. One each for Orcas, Lopez and San Juan Islands. Sucia cost $11,000.

The reason given by San Juan County Auditor Milene Henley at an earlier meeting, that  the Blake decision made the canine asset unusable puzzled some readers.  The WA Supreme Court ruled RCW 69.50.4013(1)—the portion of the simple drug possession statute crime—was unconstitutional and void. While the state legislature passed new legislation ESB5476 recriminalizing drug possession, it sunsets in 2023.

Q. What is the Blake decision?  (From the ACLU website)

The Blake Decision according to the ACLU: On Feb. 25, 2021, the Washington Supreme Court issued a decision declaring the state’s main drug possession statute RCW 69.50.4013(1) unconstitutional and “void.” The ruling occurred in a case known as State v. Blake. In 2016, Shannon Blake was arrested in Spokane and convicted of simple drug possession. Blake argued that she did not know there was a baggie of methamphetamine in the jeans she had received from a friend.

Q. Why was the statute unconstitutional?

The court ruled that the statute violated the due process clause of the constitution. Without any mental state requirement, the law criminalized “unknowing” drug possession and people could be arrested and convicted even if they did not realize they had drugs in their possession. The majority concluded, “The legislature’s police power goes far, but not that far.”

Q. Does this mean all drugs are legal now?

No. Now that ESB 5476 has passed, drug possession is recriminalized in Washington. Simple possession is a misdemeanor, although a person must be offered diversion to services at least twice before they can be prosecuted. In addition, federal law criminalizes possession of controlled substances.

Henley told the council that Law Enforcment or Military dogs can be retired at no cost to their handlers.

The council agreed to allow the public hearing on March 8 be expanded to include surplussing Sucia. The boat Centennial is also set to be surplussed that day.