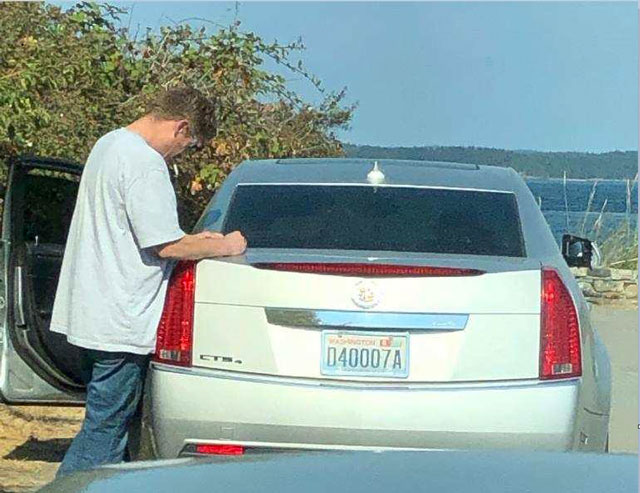 Tuesday afternoon, September 27, a San Juan County Sheriff's deputy attempted to stop a silver Cadillac Sedan on Ferry Road on Lopez Island. The two men in the vehicle were suspected of stealing mail.  The occupants began throwing parcels out the window and eluded the deputy.

A Lopez resident had seen the vehicle after reading a Facebook post about the mail theft and the description of the car. The resident called dispatch.

A short time after the unsuccessful stop attempt, one of the occupants was located at the Lopez Island ferry landing and taken into custody.

The Sheriff’s Office continued to search for the vehicle and the second occupant. The vehicle is identified as a mid-2000s silver Cadillac Sedan with license plate# D40007A being driven by a white male with short blonde hair.

If you see this vehicle, please call 9-1-1. Do not attempt to make contact.

UPDATE: The vehicle from the September 27 mail theft incident has been recovered on Lopez Island. The driver has also been arrested in Skagit County without incident. The investigation continues.