SEATTLE - Washington state still has more progress to make on child well-being, according to a new report. 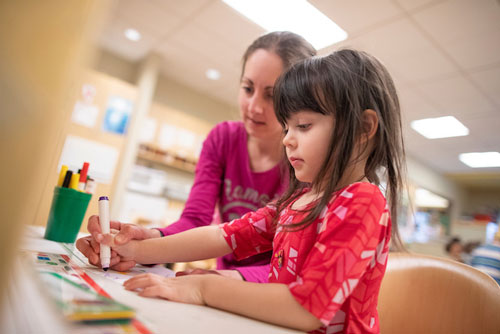 It also finds the state's child population is growing rapidly and is one of 15 states where that growth outpaced the national average between 1990 and 2017.

Liz Olson, a policy analyst with the Washington State Budget and Policy Center, says the rate of poverty has stayed the same over that time but the large population increase means more children overall are living in poverty.

"Unfortunately, the Data Book shows that state investments in the well-being of kids has not kept pace with that growth, and that means that deep disparities persist, especially for kids of color in Washington," she states.

Olson identifies three areas where the state can improve.

She says the state needs to invest in early learning. According to the data book, 57% percent of three and four-year-olds aren't in school. Olson also says the state should invest in WorkFirst, the state's Temporary Assistance for Needy Families program. And while Washington has made great strides in health coverage, half of children on Apple Health care don't have access to oral health care.

Leslie Boissiere, vice president of external affairs with the Casey Foundation, notes her organization has been publishing the data book since 1990. Broadly speaking, she says children had a better chance at succeeding in 2017 than they did in 1990, but racial and ethnic disparities have persisted.

"Children of color - in particular black children, Native American children, and Latino children - face significant barriers and obstacles that really lock in their potential and lock in their ability to contribute to communities," she states.

Boissierre also highlights the importance of an accurate census count in 2020.