Expansion at Moran State Park, Obstruction Pass State Park, and protection for the Island Marble Butterfly are included in the $3,987,448 in grants awarded by the Washington State Recreation and Conservation Funding Board for projects in San Juan County. Also included is funding to help the county Land Bank buy 10 acres of waterfront land on Lopez Island for a public park. 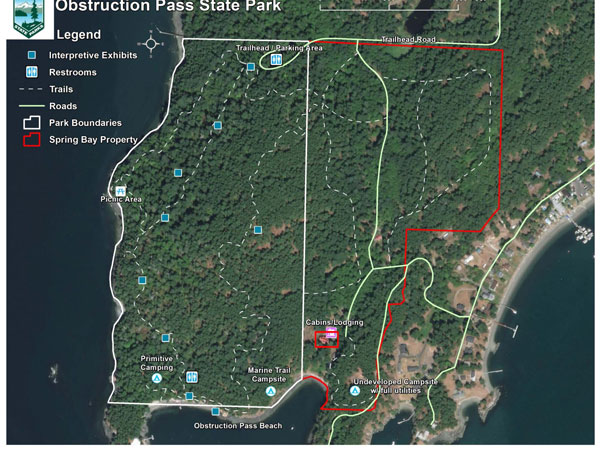 The Washington State Recreation and Conservation Funding Board awarded more than $126 million in grants to a suite of 333 projects that build and maintain outdoor recreation facilities and conserve wildlife habitat and working farms and forests around the state.

PROJECTS IN MORE THAN ONE COUNTY - SAN JUAN and SKAGIT COUNTIES

The Department of Natural Resources will use this grant to restore and enhance grassland balds and prairie habitat in the Cypress Island Natural Area and the Cattle Point Natural Resources Conservation Area, both in the San Juan Island archipelago. Cypress Island Natural Area contains some of the highest quality grassland bald habitats in the north Puget Sound region; however encroachment by trees and invasive species threaten to degrade them. The department will remove encroaching trees, control other invasive plants, and restore treated areas with native grassland seeding and planting. The Cattle Point Natural Resources Conservation Area contains patches of native prairie amid a largely degraded grassland that was historically prairie. The conservation area site supports part of the only known population of the Island marble butterfly, as well as a population of the sand-verbena moth, which is rare in the state. The department will control invasive plants and replant areas with native grassland species.

PROJECTS IN THE SAN JUAN ISLANDS: 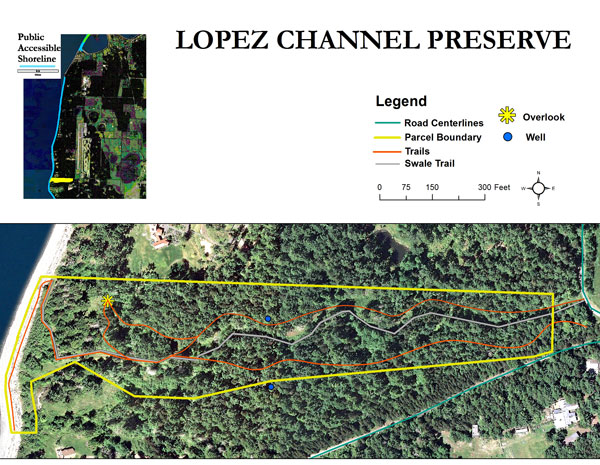 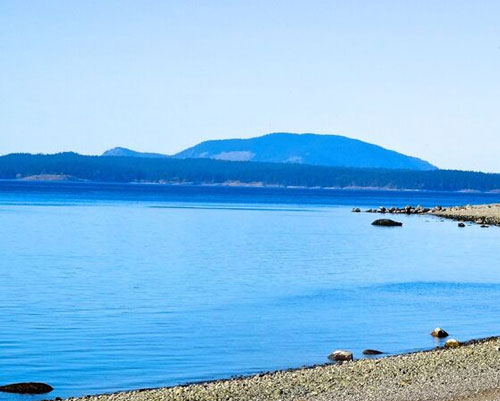 San Juan County Land Bank will use this grant to help buy about 10 acres along the western shore of Lopez Island for a public beach and for launching hand-powered boats. The 7.35-mile western shore of Lopez Island largely is inaccessible because of high bluffs, rocky shoreline, and overwhelmingly private ownership. Only two-thirds mile is accessible from land, and the land to be purchased is the only remaining potential access point to the rest. Due to threat from vacation home development, the land was purchased in 2017, but about $450,000 is still owed to the seller. The land connects to 2 miles of public tideland currently reachable only by boat. This area is part of the Cascadia Marine Trail, but rarely is used because there is no way for paddlers to launch or take out. This project would fill that gap. This grant is from the Washington Wildlife and Recreation Program.

Lopez Channel on Lopez Island, San Juan County is a singular opportunity to protect important shoreline and provide public access to the western coastline of the Island. Due to threat from vacation home development this property was purchased in 2017 with a waiver of retroactivity, but roughly $450,000 is still owed the seller under a deed of trust. The 7.35 mile western shore of Lopez is largely inaccessible due to the long extent of high feeder bluffs and rocky shoreline, and it is overwhelmingly in private ownership. Presently only 2/3 of a mile is accessible from land. This property is the only remaining potential access point for the rest. While the acquisition is only 10 acres with 470 feet of rare sandy beach shoreline, it connects to 2 miles of public tideland currently only reachable by boat. This area is part of the Cascadia Marine Trail, but is presently rarely used by paddlers because there is no way to launch or take out. The project would fill that gap. Its beach would also allow swimming, beach combing, and wildlife viewing as well an opportunity for kite and stand up paddle boarding among other activities.Additionally, the property is within 200 yards of Shark Reef, a component of the San Juan Islands National Wildlife Refuge, and an important seal and sea lion haul out location. This grant was funded by the Aquatic Lands Enhancement Program.

The San Juan Island Conservation District will use this grant to hire about 50 youth through Youth Conservation Corps to maintain 198 miles of backcountry trails across San Juan, Orcas, Lopez Islands. Youth Conservation Corps crews offer a summer work opportunity for youth (ages 12-18) working and learning in the natural environment with mentoring from natural resource professionals, AmeriCorps crews, and Washington Trails Association volunteers. The conservation district will contribute $68,195 in a federal grant and donations of equipment, labor, and materials.

State Parks will use this grant to buy 55 acres on the Strait of Georgia next to Moran State Park on Orcas Island. Most of the shoreline along the strait is high-bank and buying this land will allow State Parks to extend the park’s trail system and give visitors access to the water, which isn’t possible in the park’s current boundaries. In addition, visitors will be able to get to this land from the water.

State Parks will use this grant to buy 55.5 acres next to Obstruction Pass State Park on Orcas Island in San Juan County. Nearly doubling the size of the park, the land will allow for trail connections and will extend the public shoreline to Spring Bay. All of the shoreline in Obstruction State Park is high-bank and buying this land will enable State Parks to provide access for visitors to walk to the water.

All of the funded projects were evaluated and ranked through a competitive process in which citizen committees with expertise in recreation and conservation issues evaluated the grant proposals and created ranked lists for the Recreation and Conservation Funding Board to consider for funding.

“Because we have funding for only about half of the applications that come in, we have to be strategic with our investments, selecting only the best projects,” Cottingham said.

More information about all the projects in the state.

About the Recreation and Conservation Funding Board

Established by citizen Initiative 215 in 1964, the Recreation and Conservation Funding Board helps finance recreation and conservation projects throughout the state. The eight-member board consists of five citizens appointed by the Governor and three state agency directors.

Since 1964, the board has improved the state's quality of life through its investment of public funds in parks, trails, beaches, boating facilities, wildlife habitat and natural areas.