OLYMPIA – The Washington State Committee on Geographic Names approved proposals to rename a channel in the San Juan Islands, new names for an island in San Juan County and Snohomish County marsh, and a spelling clarification for a hill in Thurston County during its regular meeting Tuesday morning, April 26, 2022. 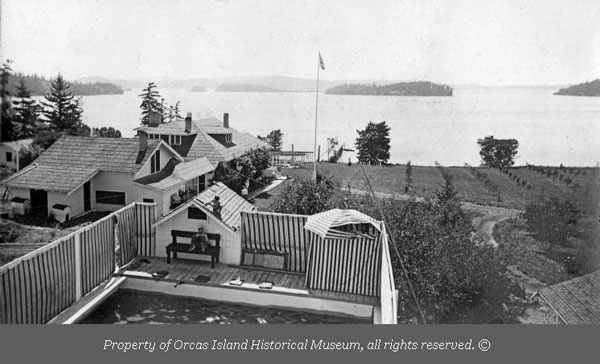 Once the Committee approves proposals that are up for final consideration, it forwards its recommendations to the Board of Natural Resources, acting as the Washington State Board on Geographic Names. If the board approves these recommendations, the approved names are added to the Washington Administrative Code and the Board passes them along to the United States Board on Geographic Names for federal review.

The Committee met remotely as part of the Washington State Department of Natural Resources’ ongoing response to the COVID-19 pandemic.

The four proposals that received final approval are:

Cayou Channel, named for local fisherman Henry Cayou, is the proposed new name for the waterway between Shaw and Orcas islands currently called Harney Channel. Cayou, a Lummi Nation member and 29-year San Juan Island County commissioner at the turn of the 20th century, was a successful commercial fisherman who lived and worked in the San Juan Islands until his death in 1959.

Gen. William Harney, for whom the channel is currently named, is best known for nearly starting the San Juan Islands “Pig War” between the United States and England in 1859. Harney killed an enslaved Black woman in 1834 and commanded the killing of Indigenous women and children during the 1855 Battle of Ash Hollow, among other ignominious acts.

Basket Island is the proposed new name of a small island in San Juan County. The name echoes that of nearby Picnic Island, as the two islands are connected at low tide.

Holland Marsh is the proposed name for an unnamed marsh about four miles west of Granite Falls. The 8-acre wetland would bear the name of Andy Holland, a longtime forestry professor at Everett Community College who died in 2008 at age 97.

Chaenn Hill is the proposed corrected spelling of a high point just north of Tenino that currently bears the name Chain Hill. The hill is named after Charles Chaenn, a local landowner who passed away in 1910. In 2018, the Tenino city historian found evidence that Chaenn’s name had been misspelled.

The committee also approved four proposals that will be up for final consideration at its next meeting:

After the Committee approves a proposal for final consideration, it solicits comments on that proposal from local and tribal governments, and members of the public who may have an interest in a new name or a name change. The Committee considers these comments when deciding whether to recommend that the Board of Natural Resources approve a name proposal.

Detailed information on all initial and final proposals, including maps, historical information, and supporting documentation can be found on the Board of Natural Resources page under the About tab on the DNR website. Information on the policies and procedures of the Committee can be found in the same location. All proposals to name or rename features are submitted by members of the general public.

About the Washington State Committee on Geographic Names