That's according to new data from the Bureau of Economic Analysis, which finds the industry added $12.3 billion to the state's economy and supported more than 114,000 jobs in 2021. 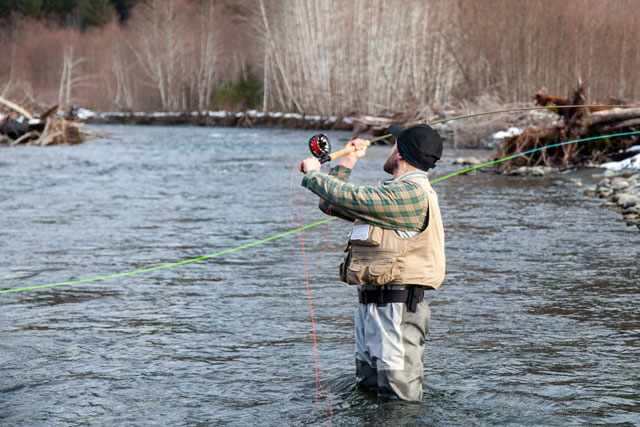 Ashley Nichole Lewis is the owner of Bad Ash Fishing on the Olympic Peninsula. She said Washington state is a destination for people from across the country.

"It's easy to think, 'Oh, it's just me,'" said Lewis. "But there are so many people that are loving these places that it really adds up, and this economic impact report, wow, really showed us the significance of that."

Lewis said people contribute to the economy in a number of ways, such as staying at hotels, eating at local restaurants and stopping at gear shops.

And it's not just Washington. The Bureau of Economic Analysis finds outdoor recreation, including job earnings, added more than $860 billion to the U.S. economy. Lewis said these economic numbers underscore the importance of protecting more landscapes in Washington state.

The Wild Olympics bill in Congress would add more than 126,000 acres of wilderness and 19 new Wild and Scenic Rivers and tributaries to the Olympic Peninsula.

Lewis said she is urging Washington Democratic U.S. Sens. Patty Murray and Maria Cantwell to do everything they can to pass this bill by the end of the year.

"By actually protecting these places, preserving them, keeping them in the condition that they are," said Lewis, "we end up protecting our beloved places that we can go and fish, but we also contribute to the economy in a more meaningful way."

Lewis is a member of the Quinault Tribe and said part of the tribe's identity on the peninsula is connected to salmon. To preserve the fish, protections are key.

She also said there are other perks to going outside.

Support for this reporting was provided by the Pew Charitable Trusts.